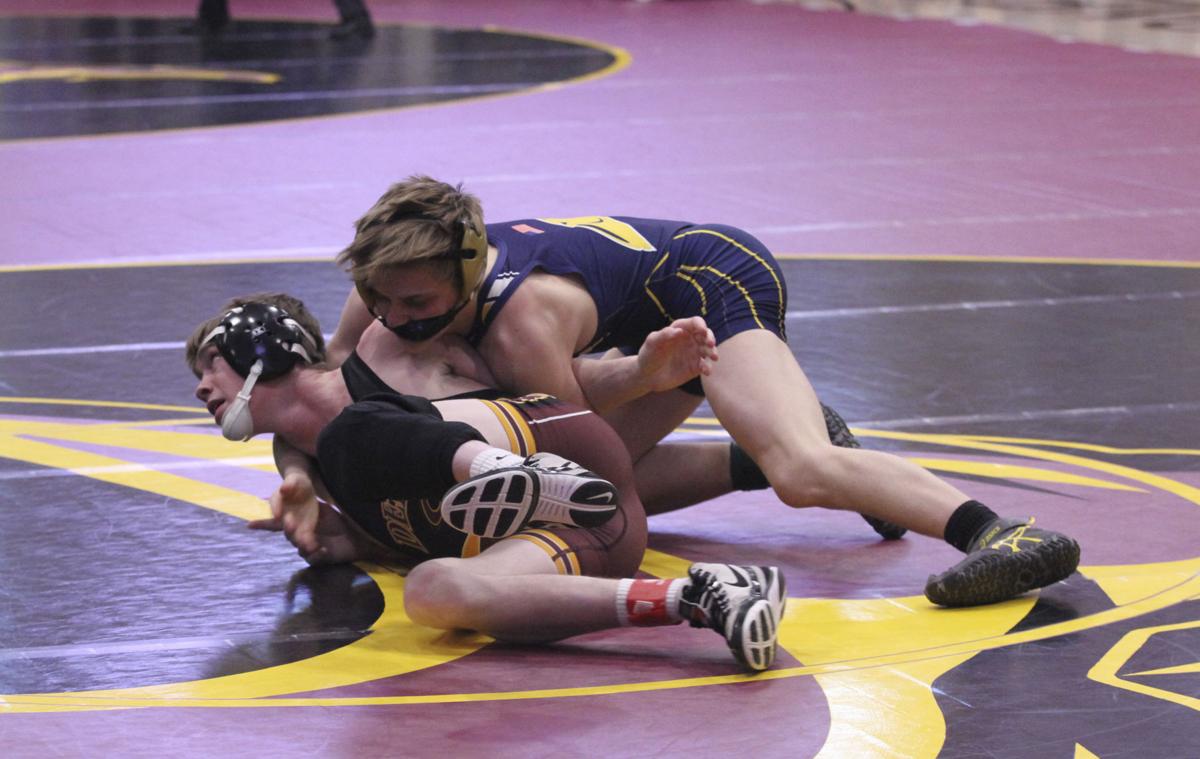 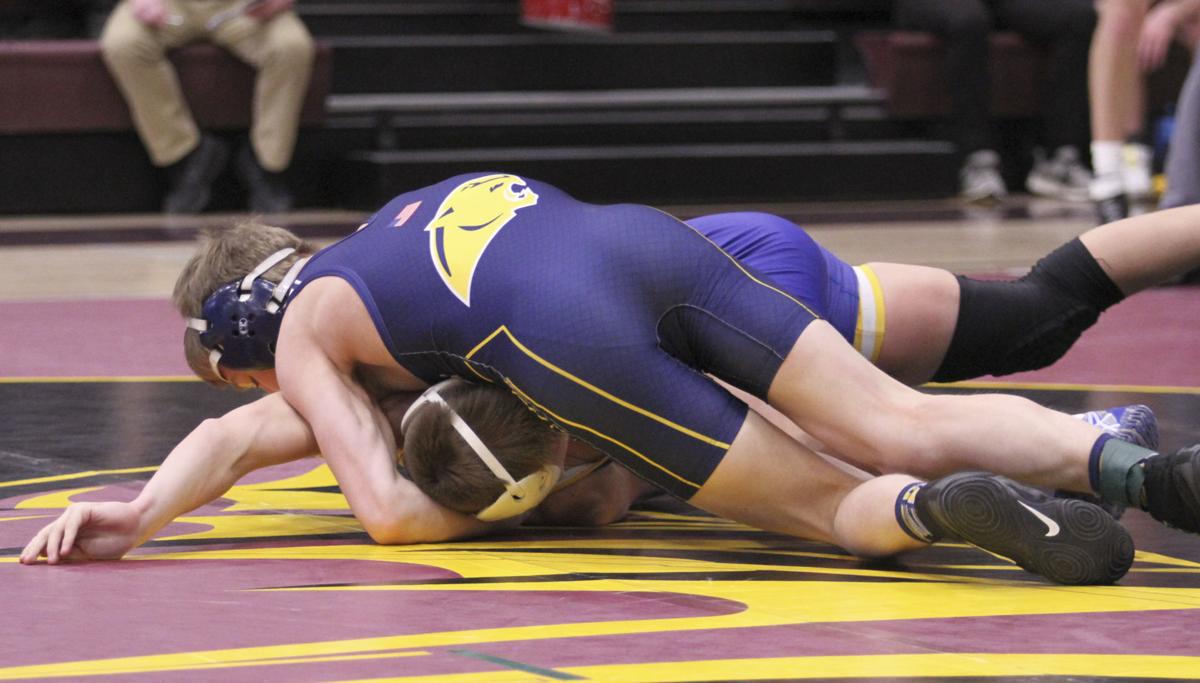 On Feb 13 Trever Freiburger and Aidan Noonan both punched their tickets to the 2021 Class 1A State Wrestling Tournament at the 1A, District 3 Tournament in Denver. Noonon finished in first place and Freiburger second. Carson Staner came up just shy taking third.

Going into the day Coach Travis Andrews knew this could be a special day with all three of his wrestlers who qualified for districts having a good chance to punch their tickets to the state tournament. “Districts at Denver were fun to coach at. The guys had a really good week of practice and were confident going into their matches,” said Andrews

At 120, Freiburger placed second with an opening-round win over Joe Ebaugh, of Denver, (7-4). In the finals, he fell to Cade Cook, of North Linn, 9-0. He advanced because of his earlier win over Ebaugh. This will be Freiburger’s first time at state.

About Freiburger Andrews said, “Trevor had a tough first-round match but came out with a 7-4 decision. He got a couple of takedowns in and kept the score close and stayed away from Denver’s Joe Ebaugh’s big moves that he was looking for. He was also able to close the gap against Cade Cook from North Linn. Trevor put in a couple of good days of practice and anything’s possible for him. He’s confident going into it.”

Aidan Noonan (42-0) continued his quest for his third state title with a semifinal round pin against Bryce Radloff, of MFL, MarMac in 1:39. Due to a medical forfeit in his finals match against Riley Rankin, of Postville, Noonan became a three-time district champion. He is also a three-time sectionals champion and will bring an impressive 129-0 win streak into this year’s state meet.

“Aidan went out and took it one match at a time on Saturday at districts. It was unfortunate he didn’t have a finals match. He’s focused on what he needs to get done in the next week,” said Andrews

Senior Carson Staner wrestling at 138 had a real tough opening round draw against fourth-ranked Isaac Schimmels (40-1) of Denver losing by a fall in 3:20. In his third-place match, he came back with a fall over North Linn’s Blaine Baumgartner late in the third period (5:49) which gave him a chance for a true second-place wrestle back against Karter Decker (41-5) of MFL, MarMac. Staner was unable to secure the win taking third.

“Carson had a tough first-round match with the Denver kid. After that match how do we get them in the right mindset for his next match so he will have a chance at a wrestle back. Carson battled tough in his second match and won by a pin. He put himself in position to have a chance at qualifying for state, but fell one match short of qualifying,” said Andrews.