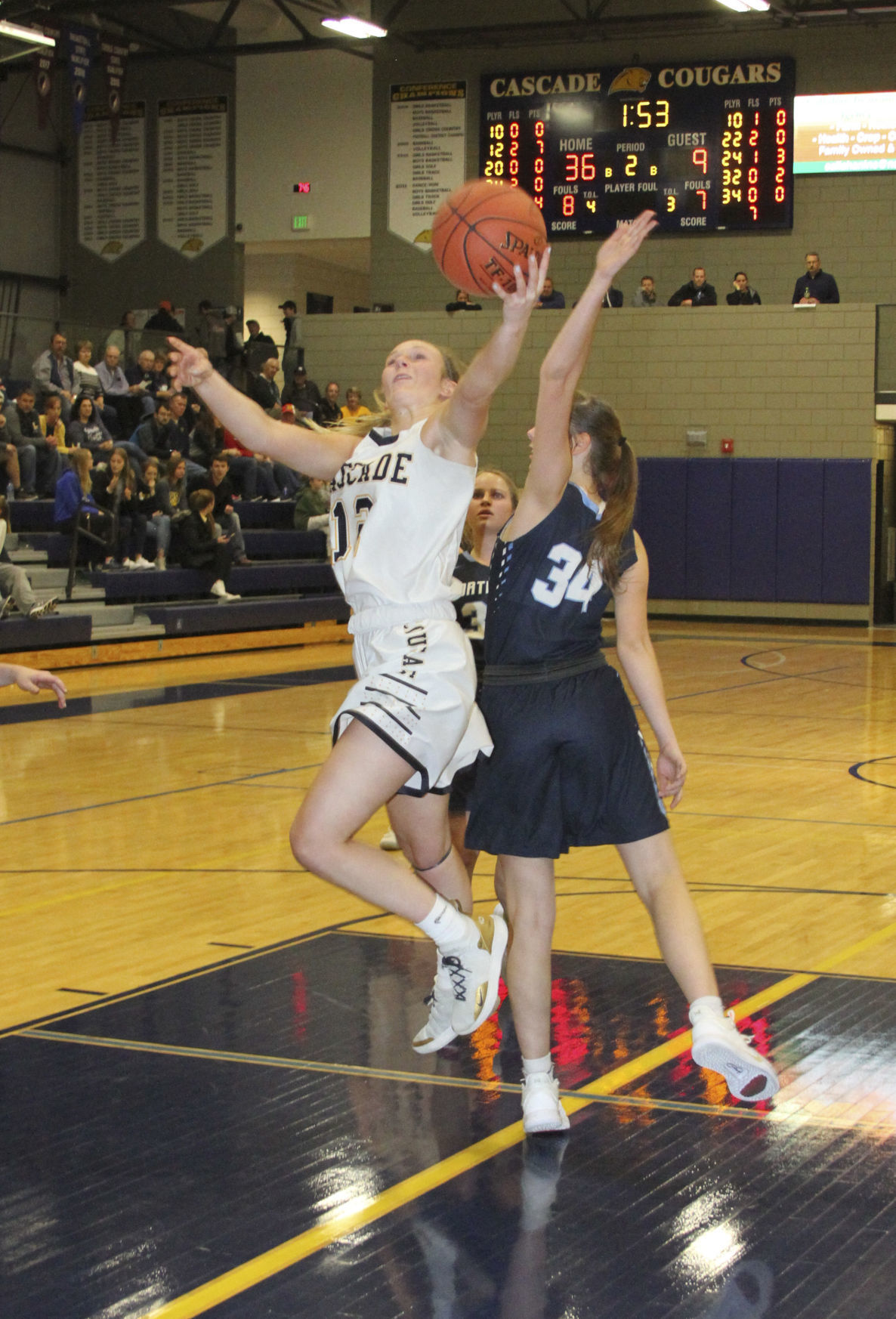 Abby Welter’s layup gave Cascade a 38-9 lead over the Rebels. 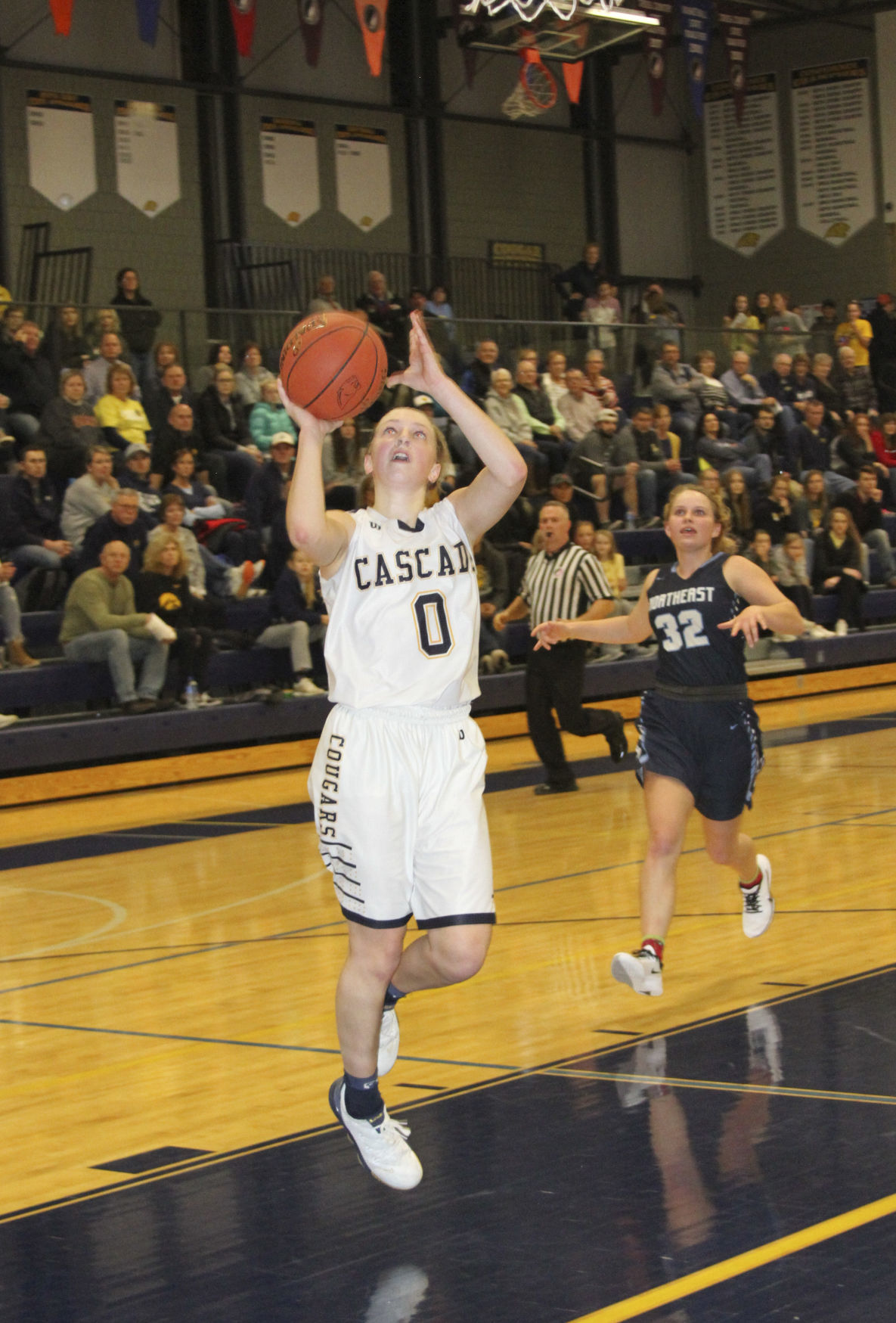 Nicole McDermott’s layup finishes off a big first half for Cascade as the Cougars beat Northeast, 59-27. 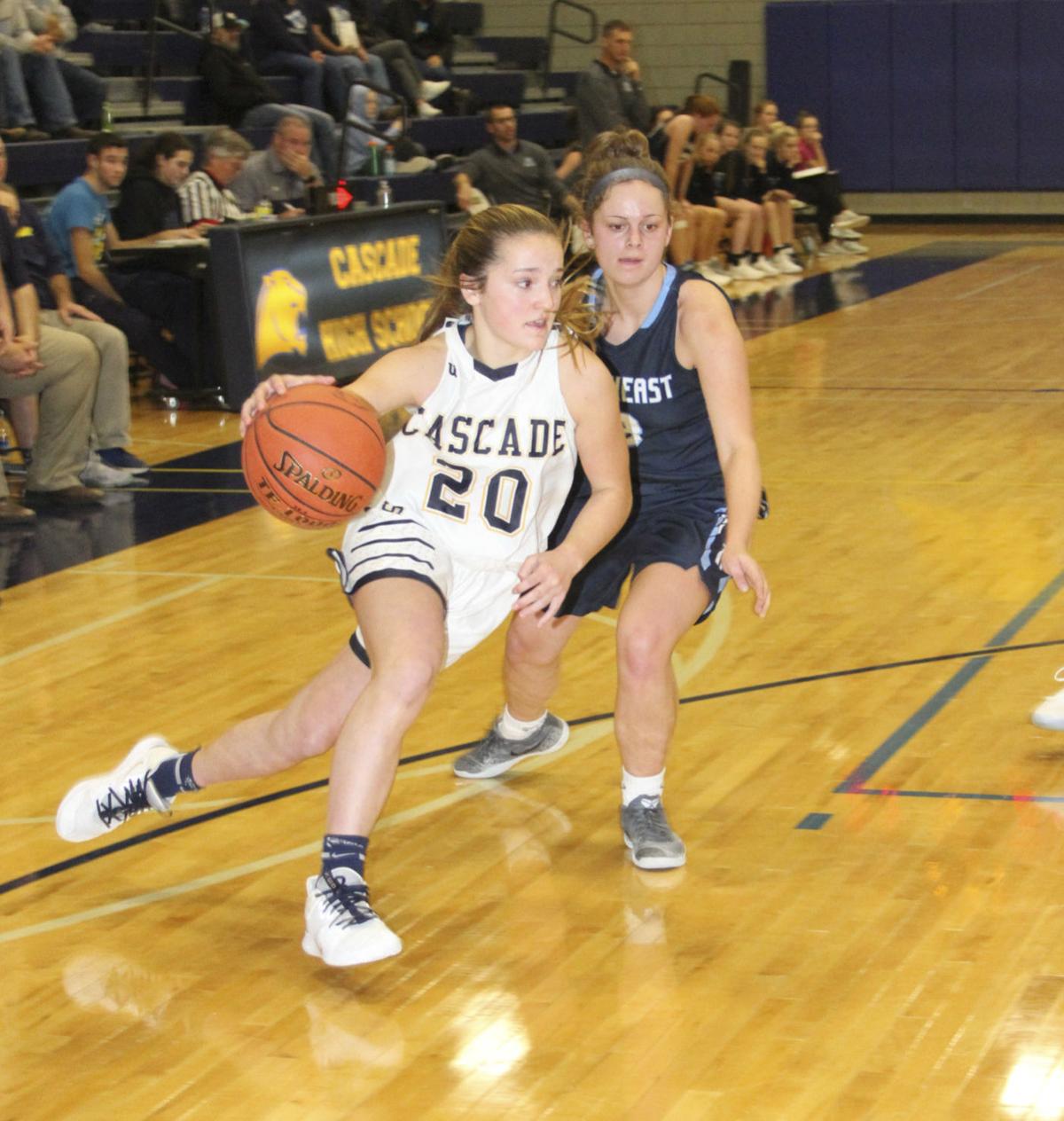 Devin Simon turns the corner to attack the basket during Cascade’s 59-27 victory over Northeast.

Abby Welter’s layup gave Cascade a 38-9 lead over the Rebels.

Nicole McDermott’s layup finishes off a big first half for Cascade as the Cougars beat Northeast, 59-27.

Devin Simon turns the corner to attack the basket during Cascade’s 59-27 victory over Northeast.

Nicole McDermott scored 20 of her game-high 24 points in the first half as the Cascade girls basketball team cruised to a 59-27 victory over Northeast in the River Valley Conference season opener for both teams in Cascade, Nov. 26.

“It felt good to be back playing basketball again,” said coach Mike Sconsa. “It was a great way to start the season. Now we’ve got to go get better.”

It’s not like the Cougars will be in search of the perfect game. Sconsa has been around the block long enough to know that’s not going to happen, but what Sconsa and his Cougars will be looking to do is to get better in all phases of the game — from the way they prepare for games to creating in-game adjustments.

Even in game one, the Cougars needed to change things. Down 4-2 midway through the first quarter, the Cougars turned up the energy and defensive pressure creating turnovers and converting those into easy points. Alyssa Lux, a freshman getting her first playing time, helped generate that energy and cashed in a turnover to tie the game at 4-4 with 4:23 left in the first quarter. Forty-seven seconds later, the Cougars held a 10-4 advantage. McDermott added a three-pointer to extend the lead to nine. Ally Hoffman’s jumper, a three by Abby Welter and a layup by McDermott closed out the quarter as the Cougars ended the quarter on a 16-0 run.

McDermott and the Cougars the run in the second quarter outscoring the Rebels, 23-7, for a 41-11 lead at halftime and their first 30-point win of the season.

“It still starts with our defense and the ability to defend and rebound and try to get out and run. We struggled a bit with their zone and their half-court set,” said Sconsa. “As the season goes on you have to be able to execute in the half-court and you have to be able to take care of the ball. For the most part, our first game of the season, that was pretty good. It was solid.”

McDermott led all scorers with 24 points. Welter was the only other Cougar in double figures with 13. Hoffman chipped in with eight, Lux six, Megan Smith three, Elizabeth Gibbs and Simon two and Sydney Weber one.