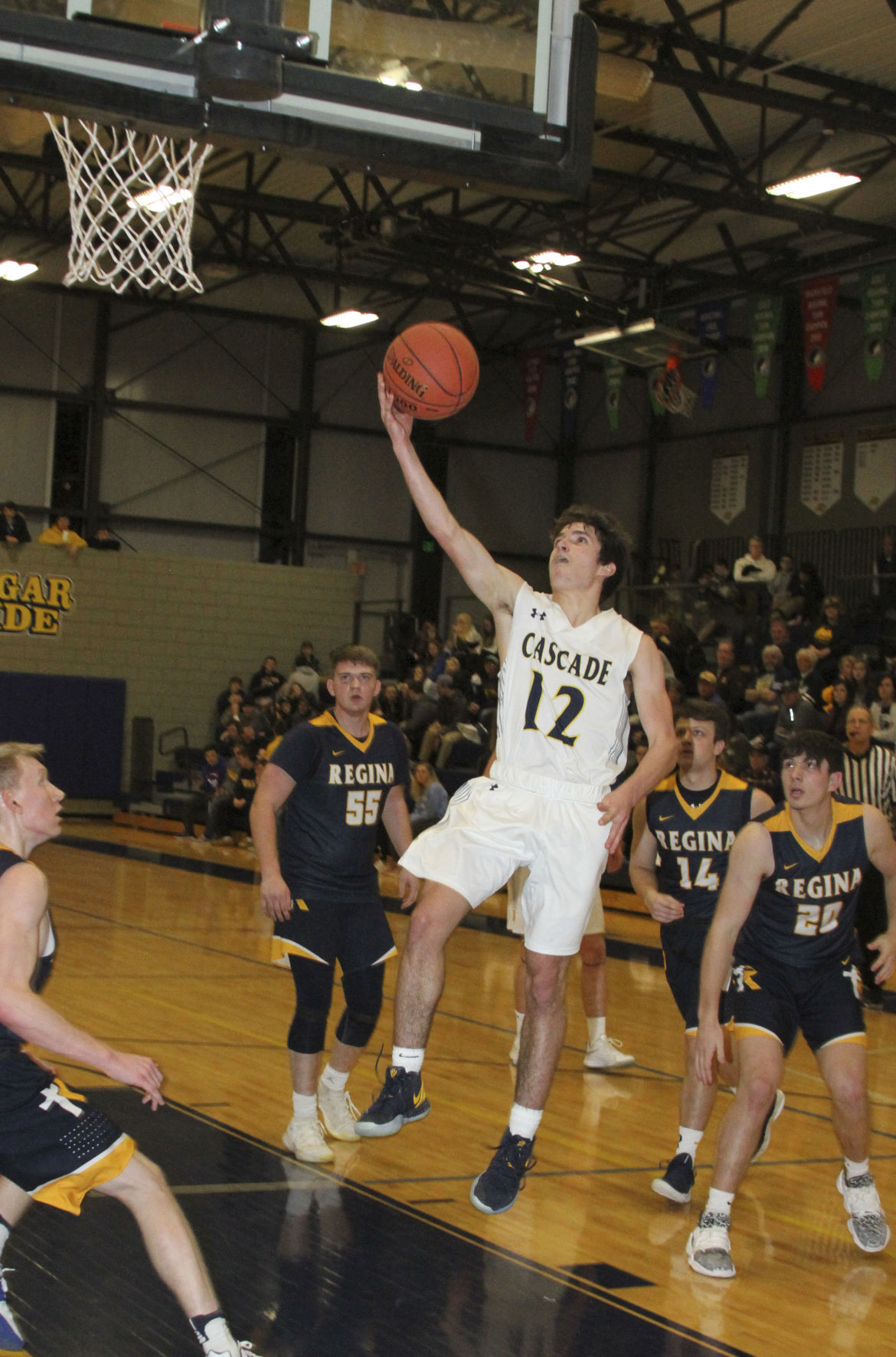 Cooper Rausch gets a good look at the basket. 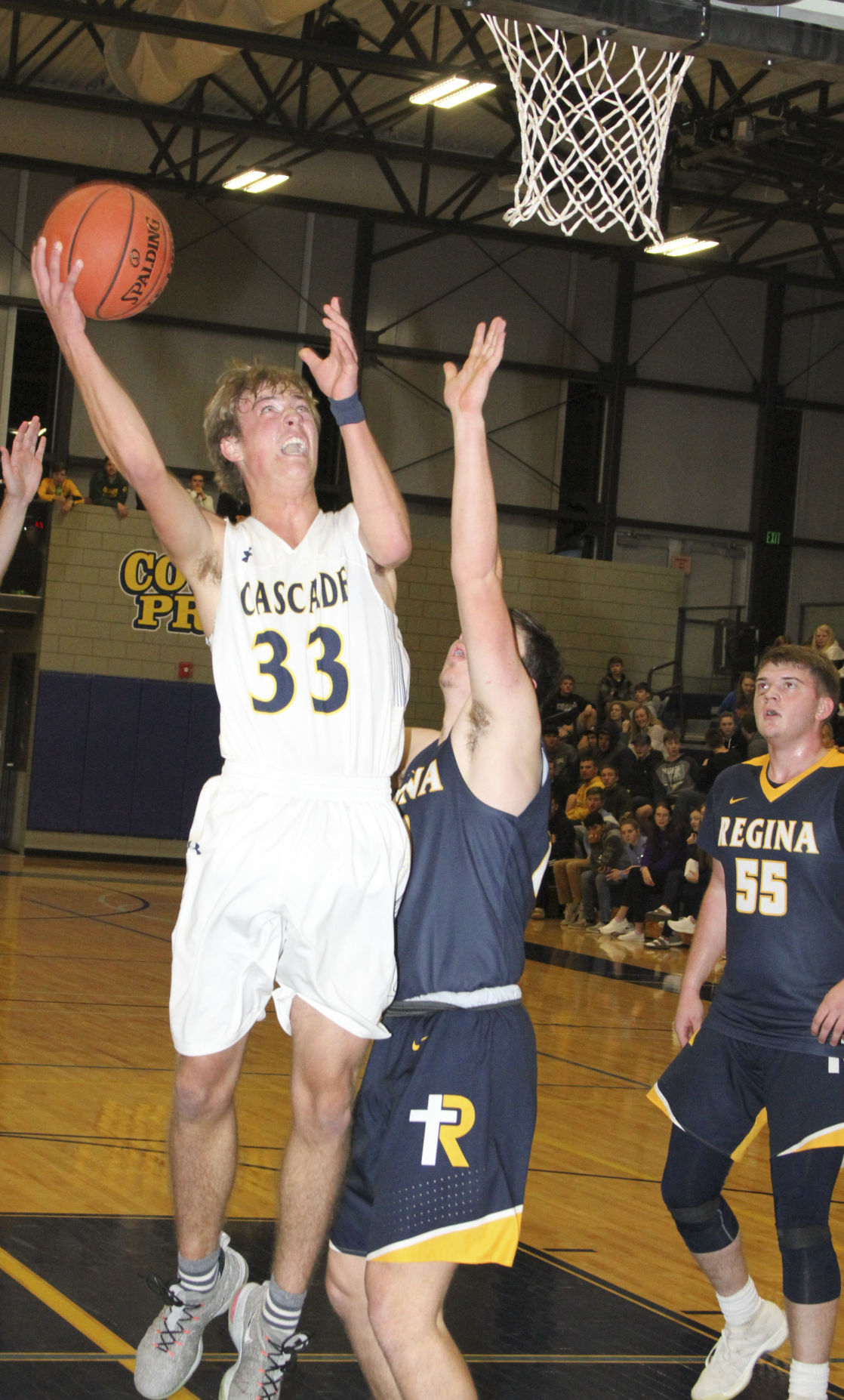 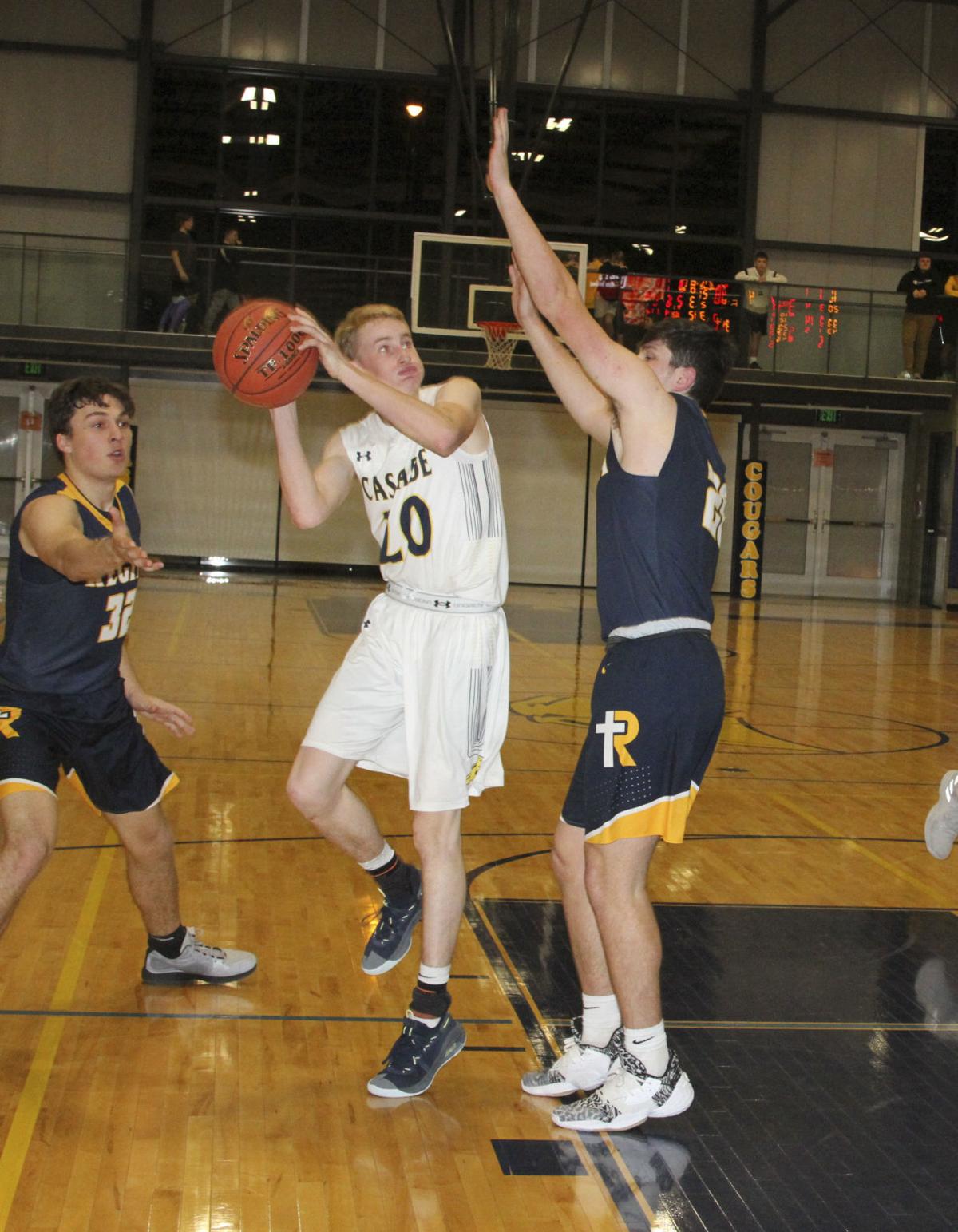 Michael Trumm gets off a jump shot over the defender during Cascade’s 49-43 loss to Iowa City Regina at Cascade, Jan. 7.

Cooper Rausch gets a good look at the basket.

Michael Trumm gets off a jump shot over the defender during Cascade’s 49-43 loss to Iowa City Regina at Cascade, Jan. 7.

The Cascade boys’ basketball team continues to make teams work for their wins as they put up a fight against River Valley Conference foe Iowa City Regina only to fall short, 49-43, in Cascade, Jan. 7.

“We were right there,” said Jacob Brindle, head coach of the Cougars, after his team’s tough loss to the Regals. “We can’t afford to get in a 9-0 hole to this team, but we did. We fought and fought to get back into this game. I hope they reward themselves for how hard they played tonight because I know they are going to come back and fight harder the next time they step onto the court.”

It was two free throws by Michael Trumm that stopped the Regals’ 9-0 run to start the game, but it was Alex Aitchison’s three-point play at the start of the second quarter that got the things going for the home team and gave Cougar Nation something to get loud about. Aitchison’s strong move to the basket also showed his teammates the kind of effort it was going to take if they wanted to make a game of it with Regina (7-1/7-1).

Back-to-back baskets by Caden Reinke closed the game to 20-17. Cooper Rausch’s floater in the lane cut the lead to one with 1:20 left in the first half. The Cougars grabbed a two-point lead after Rausch knocked down a three from the right of the top of the key.

Iowa City quickly pushed up court and found Ashton Cook free around the basket, but he was going to be forced to make his two from the free throw line as he was fouled in the act of shooting. He made his first free throw and missed his second, but the Regals came up with the offensive rebound and Cook converted that into two points to go into the break with a 23-22 lead.

Cook made a basket to start the second half as Regina began the second half on a 13-4 run and was up 36-26 when Cascade surged back. Reinke went on his own 6-0 run to close the third quarter down 36-32. He scored the first basket in the fourth quarter and the lead to two, 36-34. That was as close as the Cougars would get, but they didn’t let the Regals run away from them.

Regina took a 43-35 lead on a three by Miller that gave them a comfortable lead with under six minutes to play, but still, Cascade kept fighting. Carter Green made a left-handed floater in the lane that got them within three points, 46-43, with 70 seconds left, but failed to get closer.

“We can play with the best clubs in Iowa. We proved it the way we played from the second quarter on, but we have to do it for a full 32 minutes. That’s an upset locker room. That’s a team they expected to beat,” said Brindle.

“We may not have the individual talent that some teams have, but what we do have is a great group of ballplayers who each have their own unique skill set that fits this team and what we do. Our key is getting all five of those guys on the court maximizing their skill set at the same time. We’re close. That’s an upset locker room.”