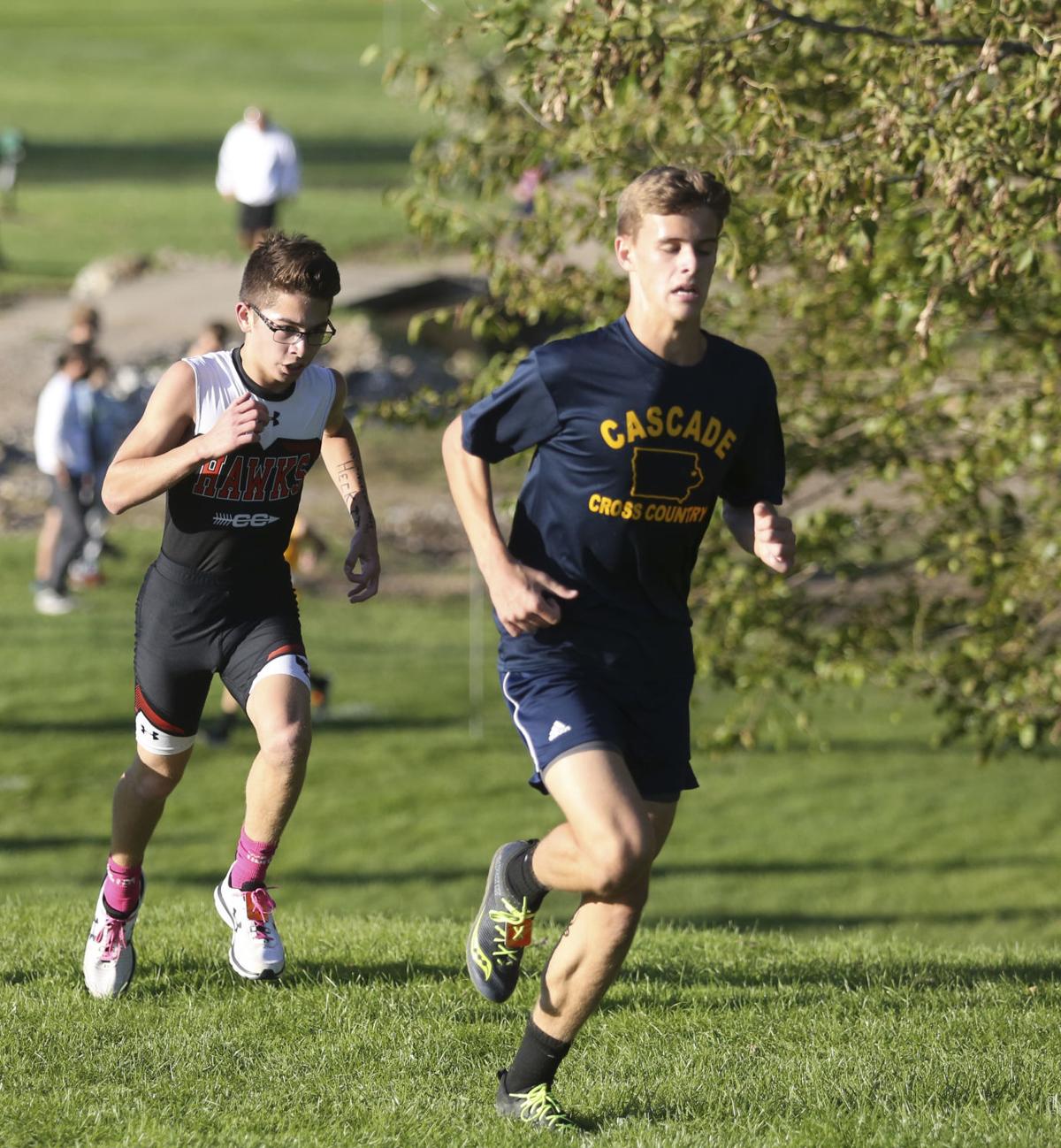 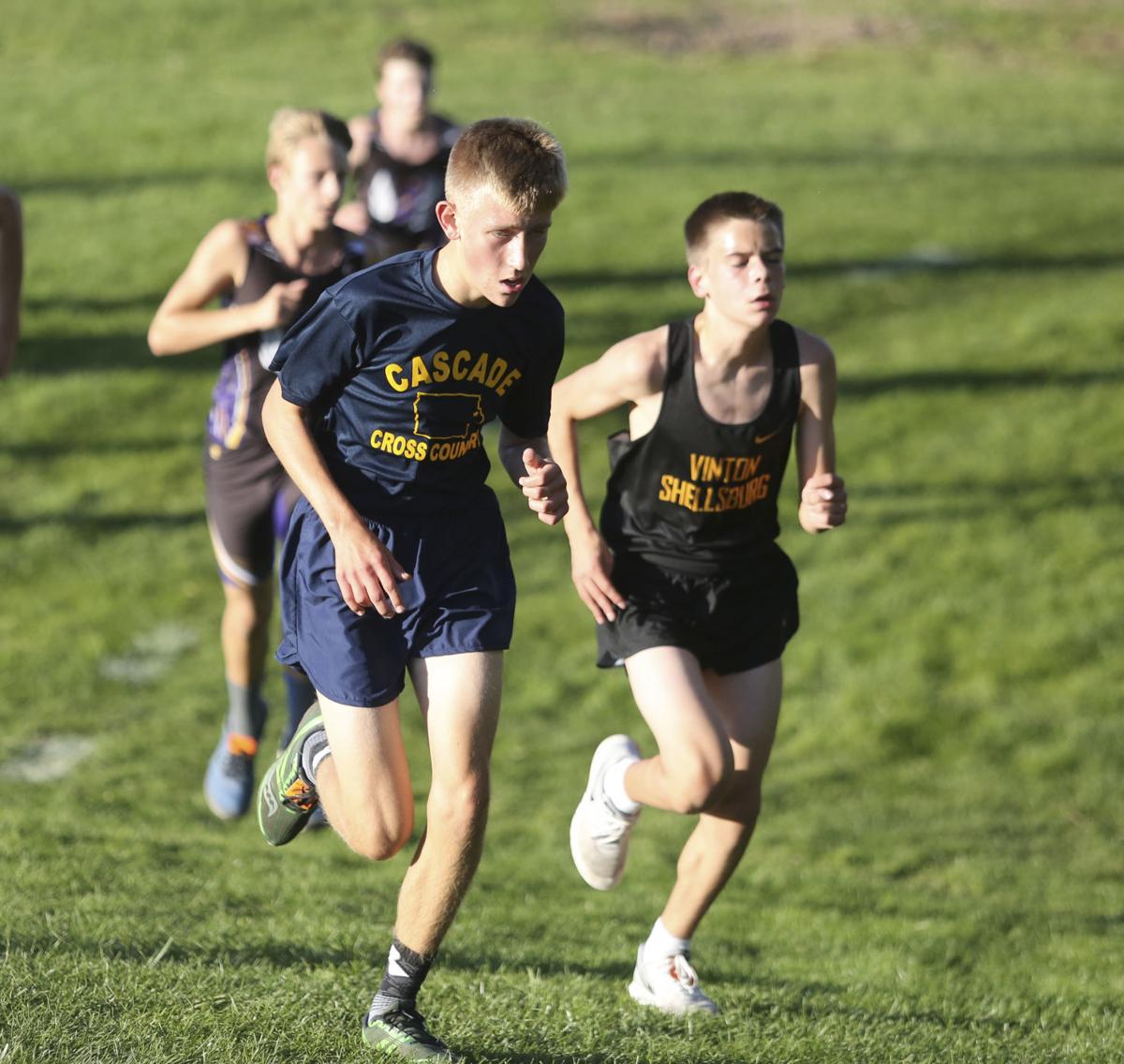 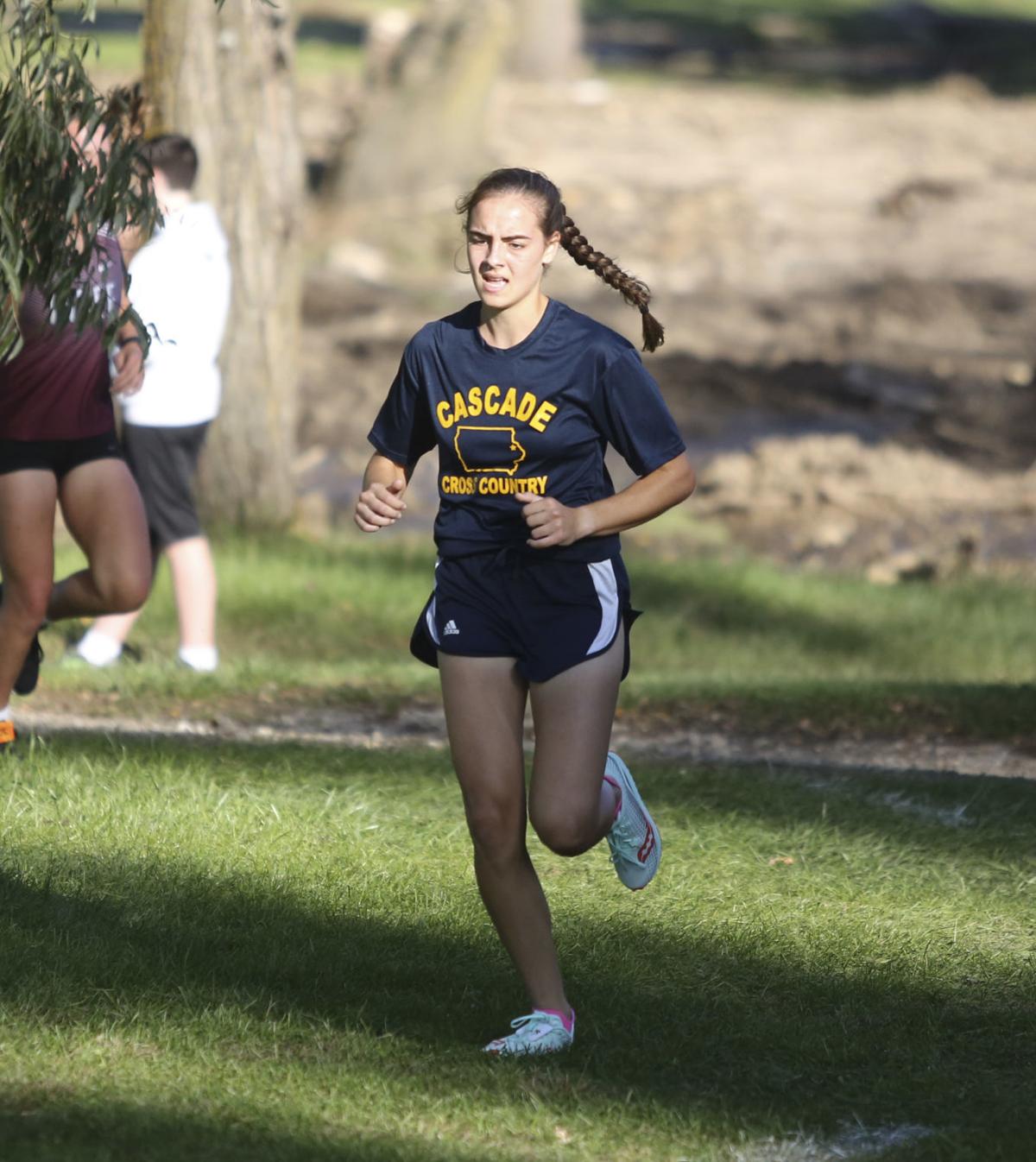 Emma Ostwinkle, of Cascade, races around the course at the West Delaware Invitational, Oct. 8. 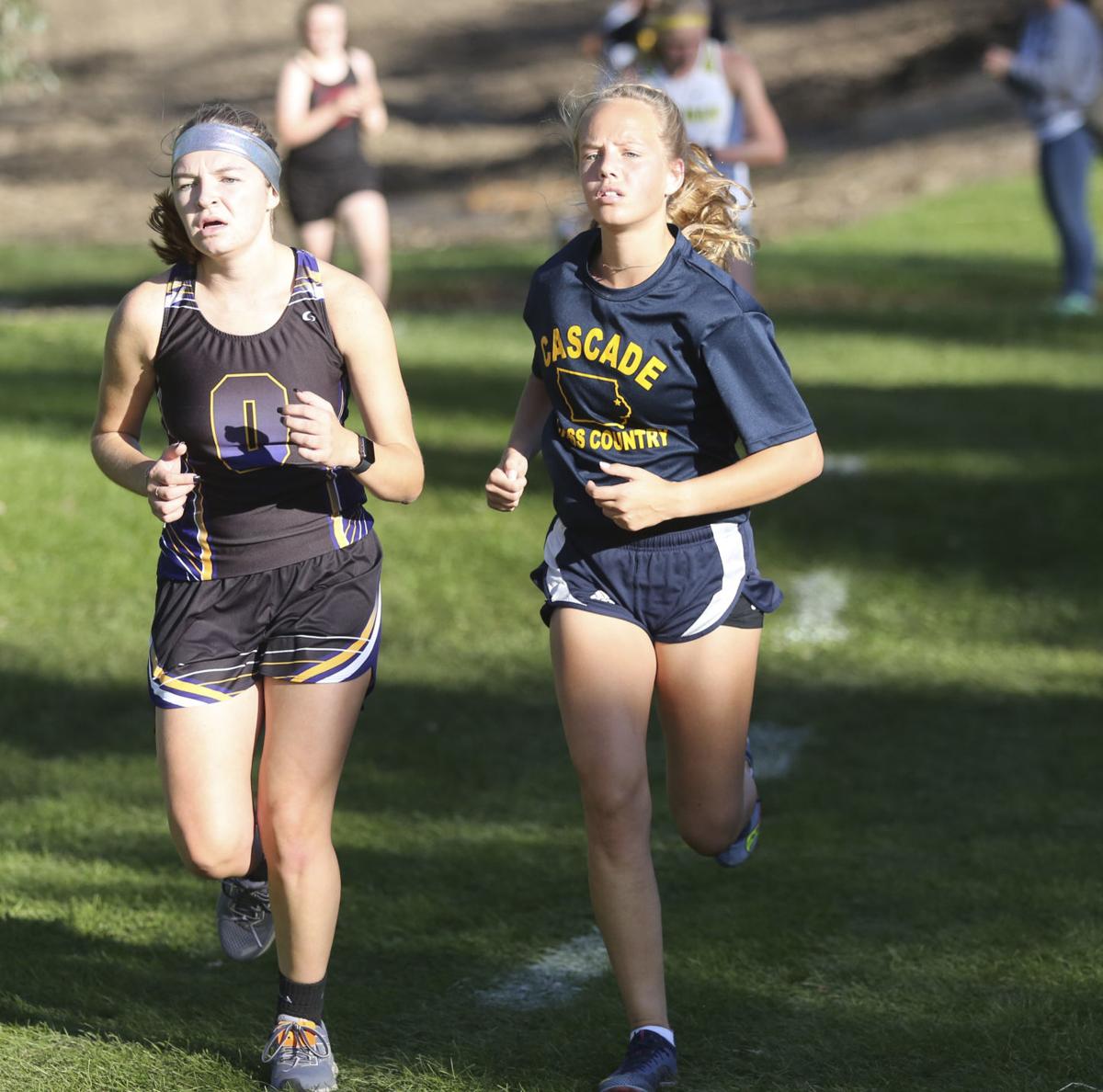 Emma Ostwinkle, of Cascade, races around the course at the West Delaware Invitational, Oct. 8.

Cascade’s cross country teams were back in action Oct. 8 at the West Delaware Invitational at Hart Ridge Golf Course where the varsity girls placed 10th and the boys 11th.

“Due to the cancellation of the Western Dubuque Meet, it was over a week since we had our last competition and I wasn’t sure how well we would run, but it turned out to be our best meet thus far,” veteran coach Bob Davidshofer said. “We had our best total times for our top five runners for both boys and girls teams.”

“Twelve of our runners had personal records at this meet. The biggest improvement was made by Vic Kauder who improved by over two minutes from the Anamosa meet setting a new record,” Davidshofer said.

“On the junior high level, Feldmann narrowly missed earning a medal, setting a personal record by 42 seconds,” Davidshofer said. “Others who set personal records include Ella, Kennedy and Leah.”

Keith W. Miles, 89, of Cascade, and formerly of Platteville, W…

Loras J. Ambrosy, 68, of Dubuque, formerly of Bernard passed a…