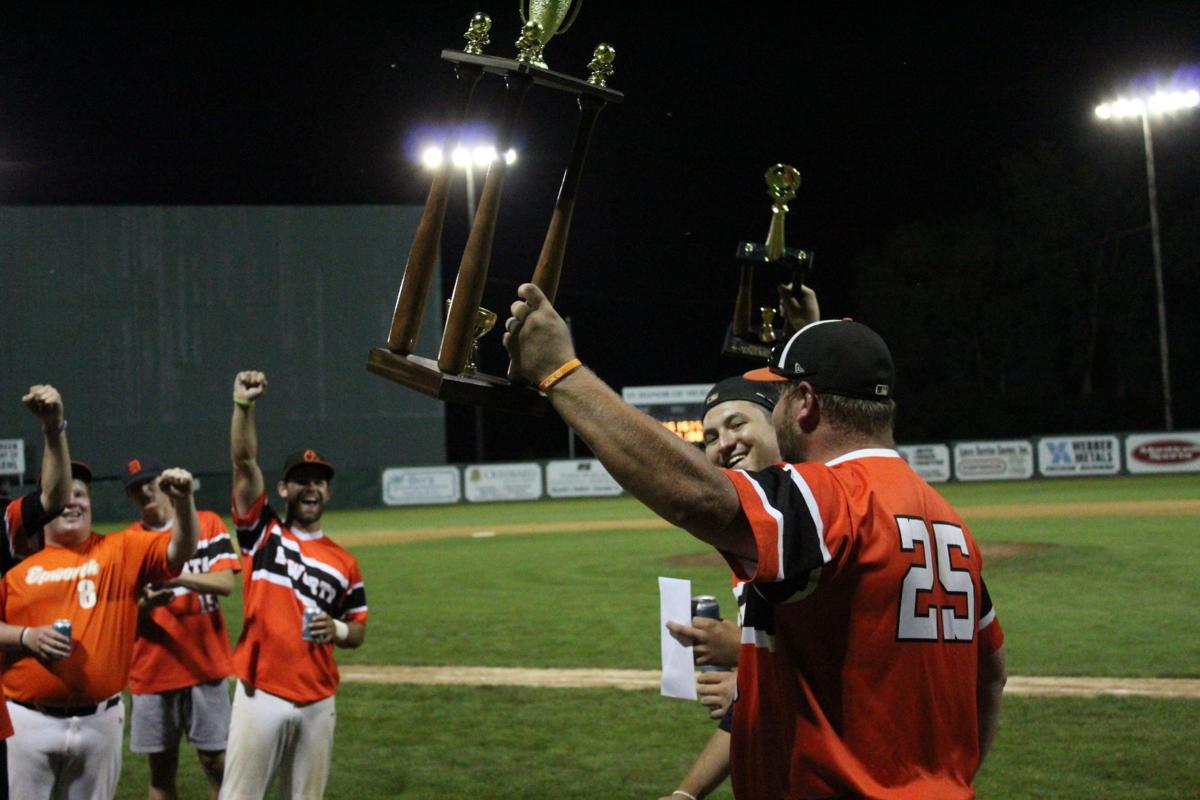 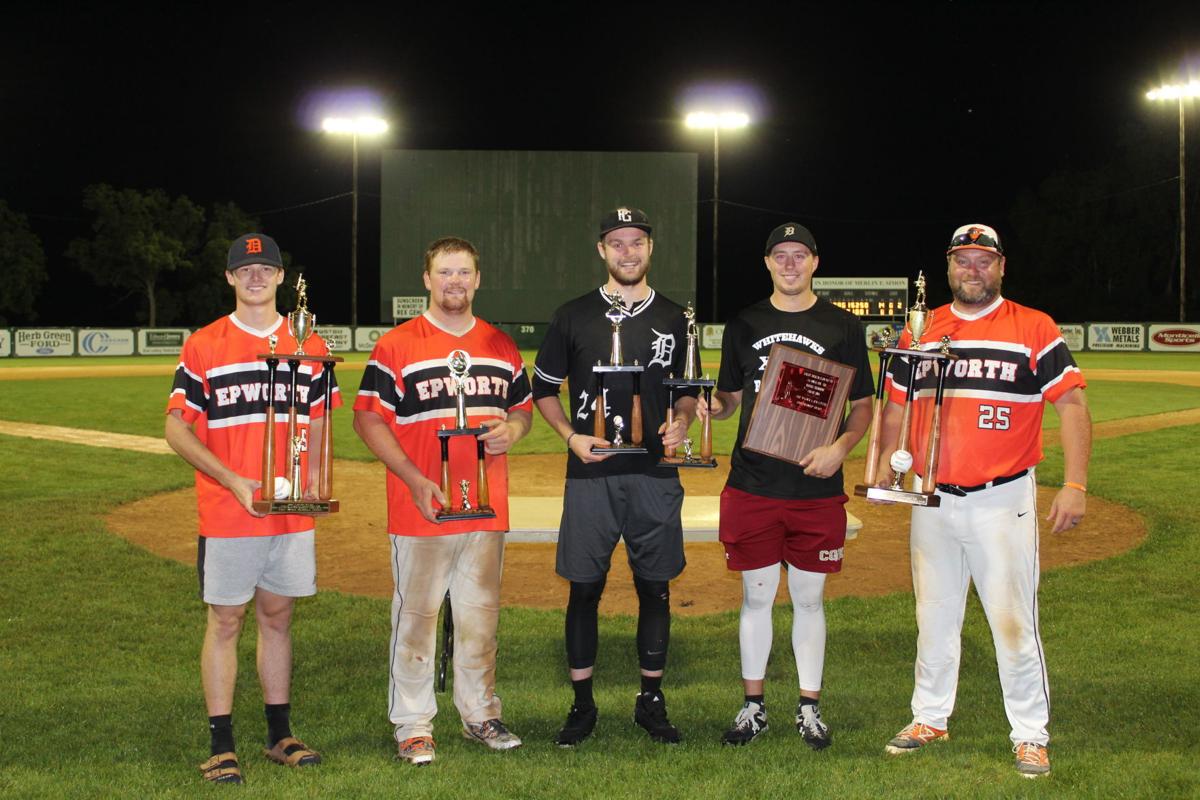 The Dyersville Whitehawks and Epworth Orioles faced off in the Championship Game of the 74th annual Cascade Semi-Pro Baseball Tournament, July 24, with Epworth coming out on top, 14-6.

The Whitehawks jumped out to a 4-1 lead and had the bases loaded in the second inning with two outs when the Orioles made a pitching change. Momentum changed from that moment.

Pitcher Lucas Bixby got out of the inning on the next pitch, ending Dyersville’s scoring threat. It was 4-1 going into the top of the fifth when Epworth put one man on base. “Is that new life I hear” chimed the Orioles’ dugout, and a rally ensued. Right fielder Mitch Gansen trimmed the deficit to two, and a rejuvenated team took the field for defense.

A scoreless bottom of the fifth for Dyersville brought Epworth to the plate with a chance to trim the lead even further. Two runners reached base and catcher Bryce Hoerner came to the plate. Hoerner sent a three-run home run to deep left field and showed emotion while rounding the bases. The Orioles led for the first time, 5-4. They didn’t look back.

They tacked on two more runs that inning thanks to a throwing error and a Gansen sacrifice fly. The game moved to the bottom of the sixth, 7-4.

The Whitehawks fought back as Carter Petsche drove in a run to make the score 7-5, but Epworth’s bats stayed hot. Another error by Dyersville’s third baseman allowed two more runs to score for the Orioles. The onslaught continued in the top of the eighth as Brett Featherston and Dylan Pardoe roped two, two-RBI singles. An error by the shortstop allowed one more run to come in and Epworth led 14-5.

Dyersville left fielder Joel Vaske teed off a solo home run to left-center in the bottom of the ninth, but that was all the Whitehawks could put together. Epworth went on to win its first-ever Cascade Semi-Pro Tournament Championship, 14-6.

The move of the game for Epworth was when they brought in Bixby to pitch in the second inning. He pitched the Orioles out of that jam and ended up finishing the game. His final line was 7 1/3 innings pitched with only two earned runs.

“We knew Bixby’s demeanor and mentality was what we wanted for the Epworth Orioles,” Featherston said. “He came in tonight, and we relied on Bixby and he came up big for us. He threw seven innings of relief. That’s unheard of.”

After warming up early in the second inning, Bixby anxiously sat and waited for Featherston to call his number from the bench.

“I was really hoping to get maybe five innings,” Bixby said, “but I just felt good. Brett trusted me and I trusted myself, my pitches and the guys behind me to get the job done.”

Several former Epworth players were in the stands to witness the first.

“I think we played in four or five championship games in one season but never won,” Bruce Maahs, former Oriole, said. “It’s always a little more special to win them when it seems like ya take a lot of seconds. Being the first Epworth team in 74 years to do it is definitely a career highlight. Let’s hope it’s not 74 more years until the next one.”