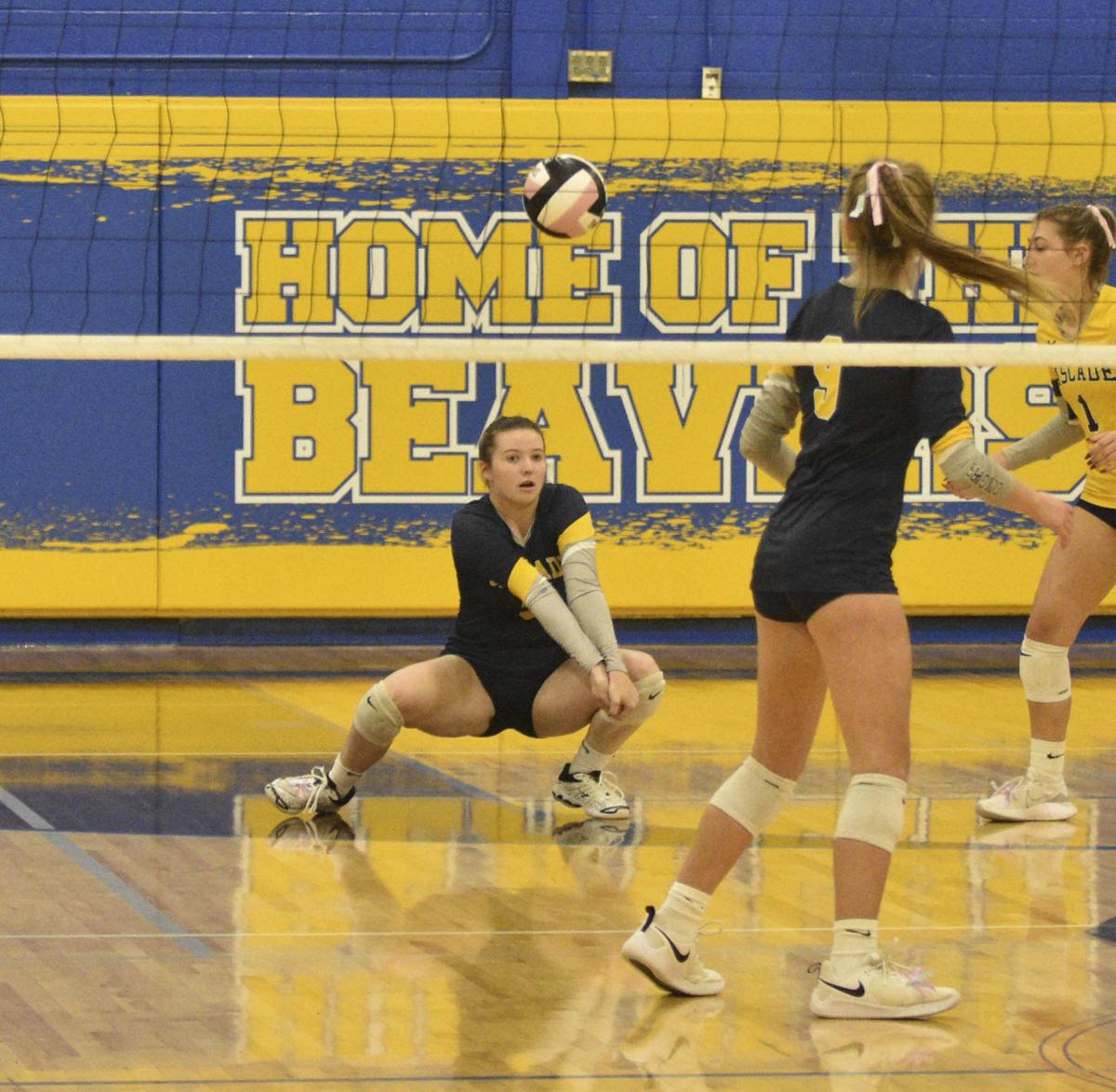 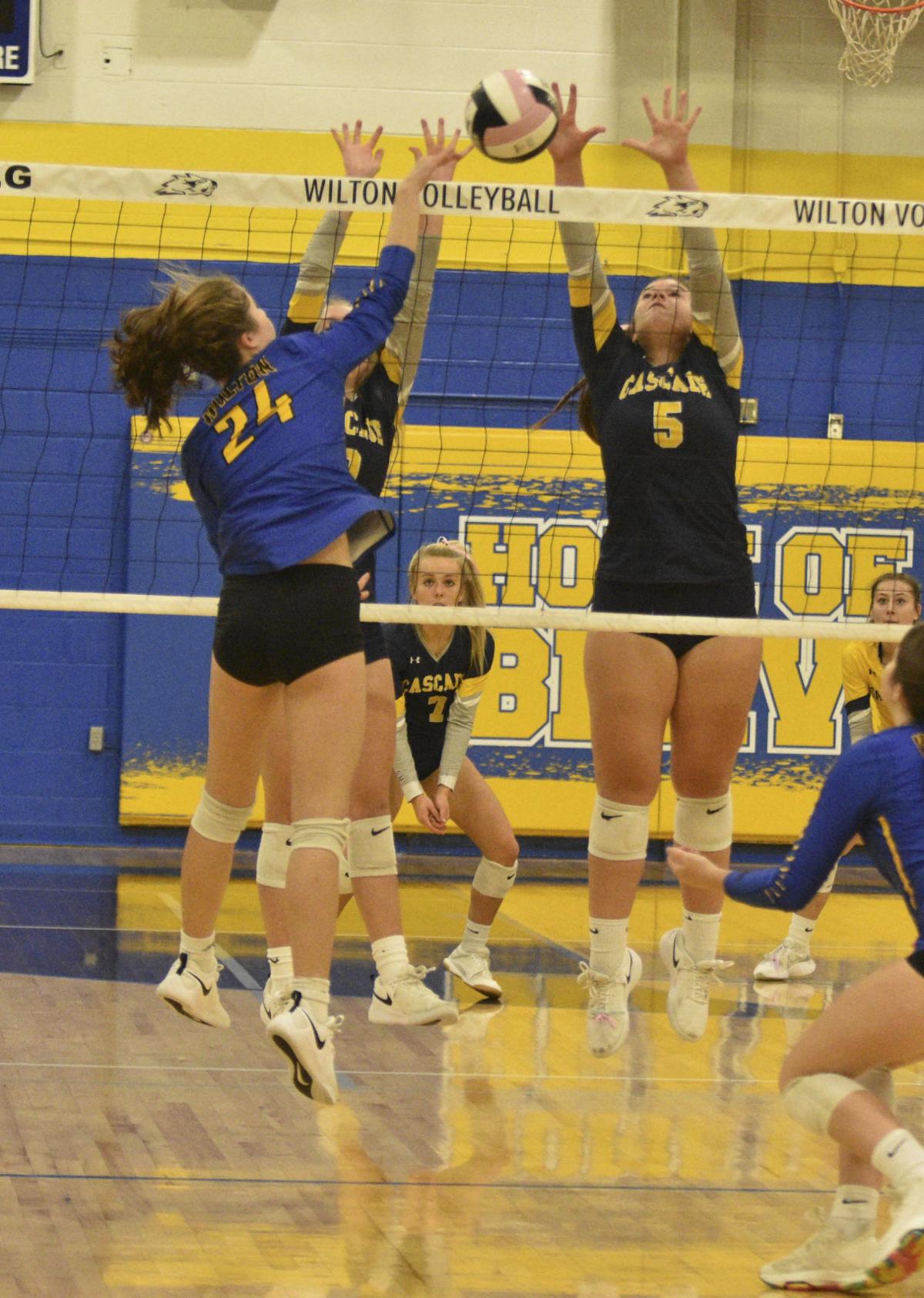 Since Cascade (17-7) finished second in the River Valley Conference’s North Division in the regular conference this year, the Cougars were matched with the No. 1 seed from the south, Wilton (29-3).

The Cougars fell in straight sets 16-25, 11-25. In the finals, West Liberty was able to defeat Wilton for the conference championship.

“Wilton is a very good volleyball team. Their setter and middle hitters are very good. We knew going into this game that we were going to have to try and keep the ball away from their middles as much as we could.” commented Mary Frake

During the first set, the Cougars were able to hold their own. Junior Megan Smith helped keep the Cougars in both sets with 12 assists.

“I felt that we battled pretty well with them. We had quite a few long rallies with them and were able to win a number of them. During the second set, we got stuck in a rut and allowed them to run with seven or eight points so that was hard to battle back from” Frake said.

Defensively, senior Brooke Denniston kept the Cougars in the match with 11 digs and Ally Hoffman led with seven kills and one block.

Frake said, “On the night, I felt that one of our strengths was our serve receive and even our defense. We were positioned well to give ourselves opportunities. Although we did get beat, I don’t feel like our scores reflect all of the good things our team did. I am glad that we played Wilton leading into the postseason. They were a great team to play to help get us ready for postseason.”

A split Dubuque County Board of Supervisors on Nov. 23 gave the director of the county health department the authority to spend up to $10,000 of allocated funds to fight the COVID-19 pandemic.

3rd major COVID-19 vaccine shown to be effective and cheaper

LONDON — Pharmaceutical company AstraZeneca said Monday that late-stage trials showed its coronavirus vaccine was up to 90% effective, giving public health officials hope they may soon have access to a vaccine that is cheaper and easier to distribute than some of its rivals.

About 1 million Americans a day packed airports and planes over the weekend even as coronavirus deaths surged across the U.S. and public health experts begged people to stay home and avoid big Thanksgiving gatherings.

While Iowa Gov. Kim Reynolds announced a statewide mask mandate on Monday night, a leading Dubuque County official said the county’s mandate — stricter in some respects than the governor’s — still will go into effect this week.