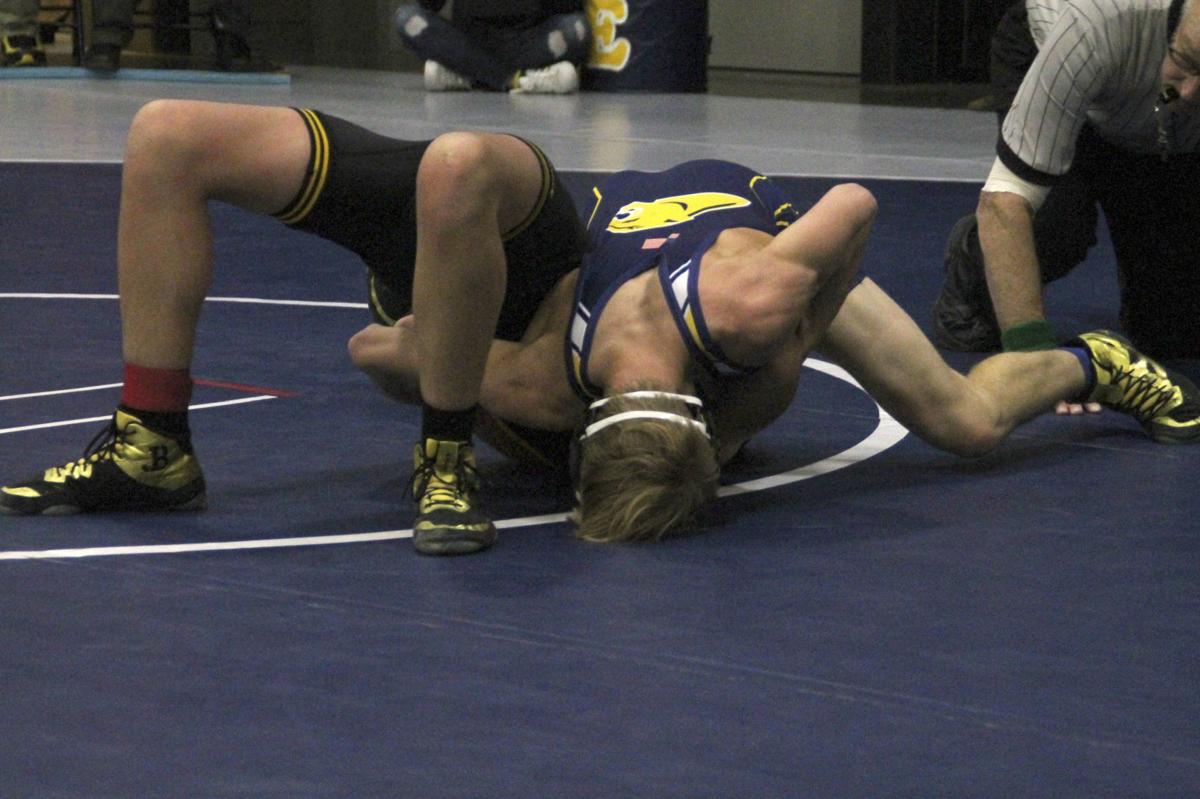 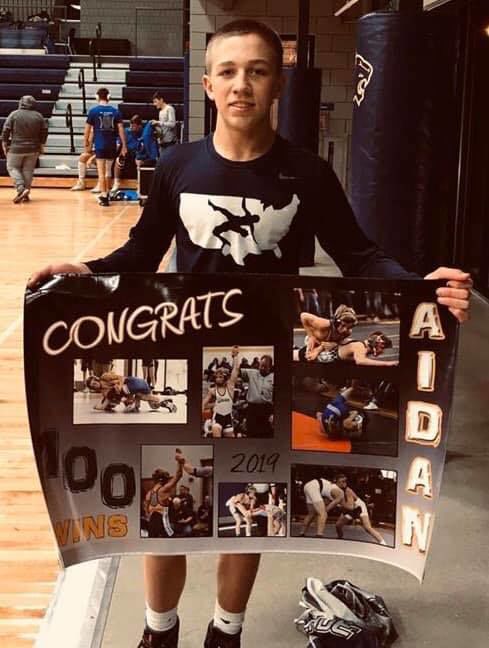 A quad meet at Cascade Dec. 5 resulted in a 2-1 night for the Cougars. The Cougars defeated Bellevue and Iowa City Regina but lost to West Liberty.

“In the duals tonight, I was very happy with how everyone competed on the mat. They fought hard in all their matches, winning two of the three duals on the night was fun. The guys have come together as a team and are enjoying the season so far,” coach Travis Andrews said.

Highlighting the night was Aidan Noonan (126 pounds) winning all three of his matches to record his 100th-career victory.

“Aidan accomplishing his 100th win in his first time on the mat as a junior was special — doing it at home in our opening night. This was the first and last home dual on the year and for him to do it at Cascade was exciting. Aidan has put in a ton of work during the off-season, that it defiantly shows during the season. He truly loves wrestling and his coaches are honored being able to coach him. He’s just a great kid, on and off the mat.”

When facing Regina, Cascade came away with a 42-30 win.

Staner and Vogel won with first-period falls. Staner’s was quickest in 48 seconds. Kremer won against Will Bobst at 170. Rausch, Freiburger, and Noonan all received forfeit wins.

Kodey Miles fell to Caden Shelter at 285. Weber fell to Aidan Udell at 160.

In an exhibition, Isaac DeLaRosa won by fall in 5:55.

In the final match of the night, Cascade lost to West Liberty, 50-27.

Vogel was pinned by his opponent. Weber lost by a 7-5 decision.

“Going back to back nights with having so many matches really tests the guys on the team. Going into the night we knew that we would be light in our line-up and hard to win duals against teams with a full line-up. This didn’t discourage the guys from going out and wrestling hard in each position they were in,” Andrews said.

The Cougars opened the tournament with Weber a 42-33 loss to Starmont.

Miles, Freiburger, and Vogel all pinned their opponent. Vogel had the fastest fall in 59 seconds. Weber, Rausch and Staner all earned decisions. Kremer received a forfeit win.

Weber, Kremer, Rausch, Freiburger and Vogel all pinned their opponents. Rausch had the fastest fall in 22 seconds.

Weber earned a win by fall in 1:36; and Schaul recorded a pin in 2:34. Rausch, Freiburger, Ludwig and Staner all received forfeit wins.

In their final match, the Cougars earned a 45-6 win over Clayton Ridge.

Freiburger and Staner both pinned their opponents. Staner had the fastest fall of the night in 16-seconds. Weber won a 9-4 decision.

“The first two duals literally came down to one match, but it’s early December and the season is long,” Andrews said. “We have a few guys injured right now, but by January we should have close to a full line-up and competing hard as a team.

“Before the last round, the guys on the team decided to get a game of spike ball in before wrestling. They were having fun and wrestling relaxed the last two duals. So far a bunch of guys are impressing me with how well they have been wrestling this first week. Ted, Trever Freiburger, Cade Rausch and Hunter Vogel are a few who have been looking sharp so far. There is definitely room to get better and that’s something they are going to work on this week.”