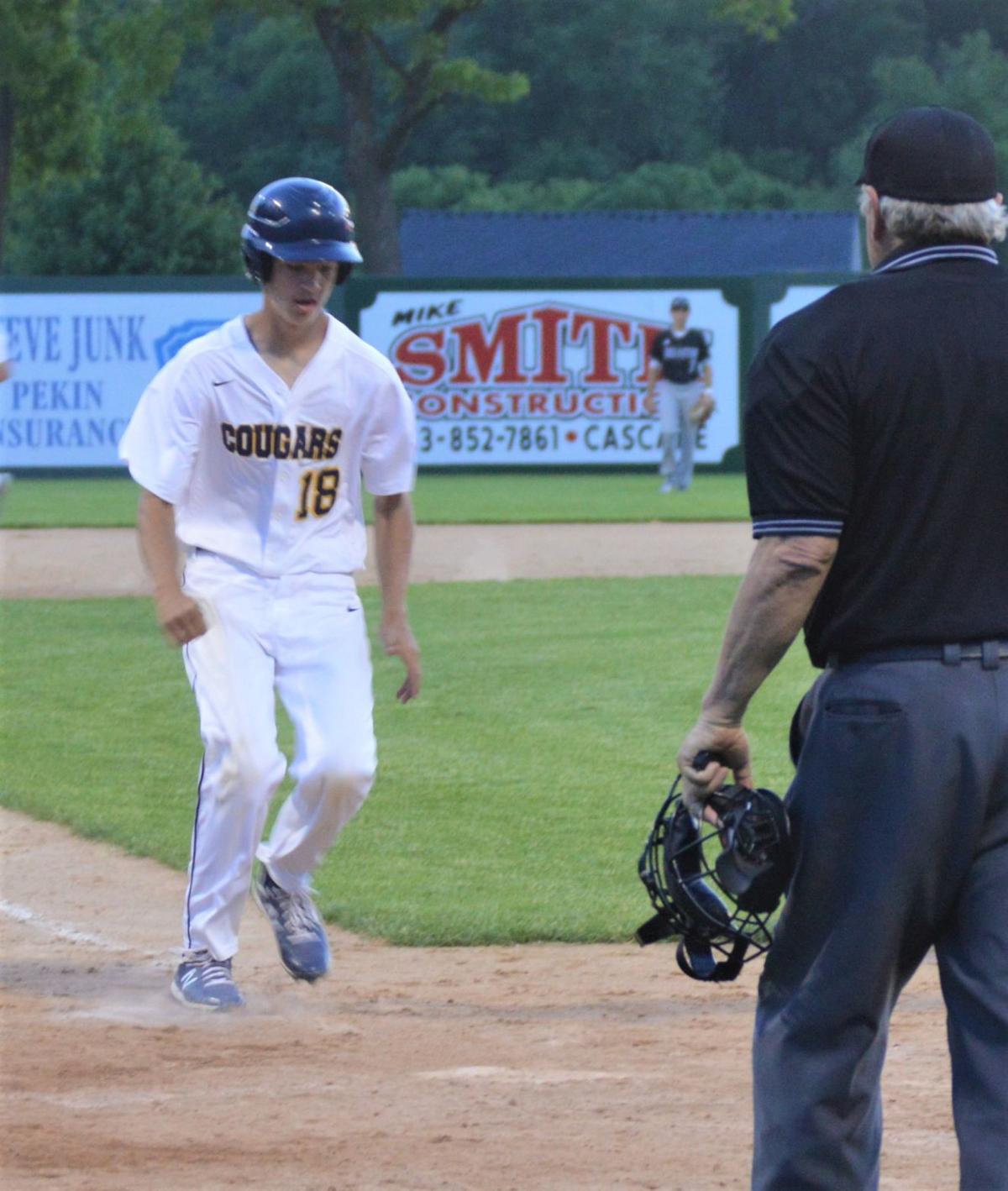 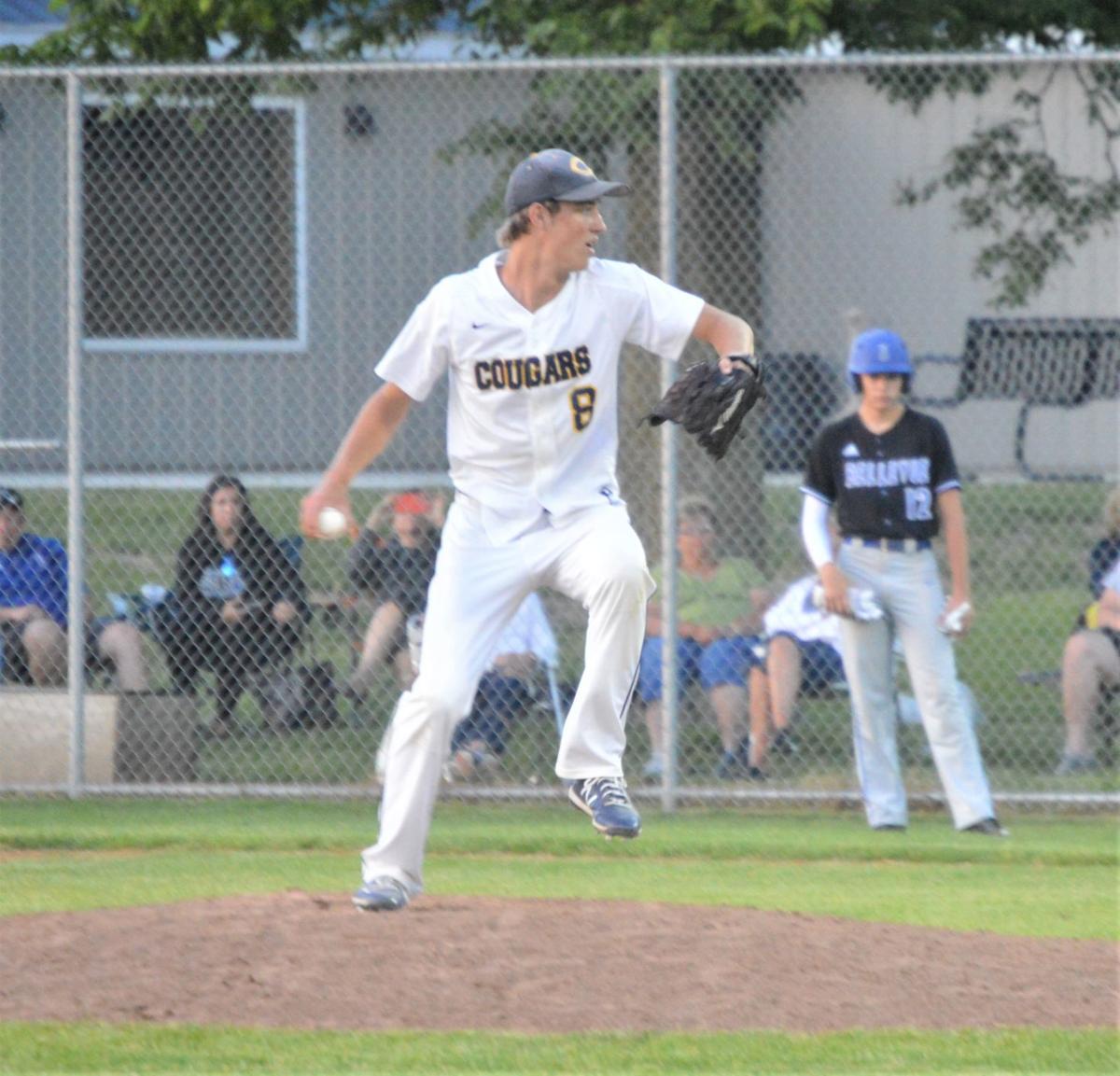 Caden Reinke pitches for the Cougars during their season-opening win.

Caden Reinke pitches for the Cougars during their season-opening win.

While the Cascade baseball team has so far been able to hold leads for the majority of the game, the Cougars have struggled to keep those leads when they matter the most — the last half-inning.

The Cougars kicked off the shortened 2020 season hosting Bellevue, June 15, where their bats came alive following their long winter’s rest.

The Cougars had a very productive first outing at the plate, scoring 16 runs off 15 hits during their 31 plate appearances. On the pads, the Cougars were also able to swipe six bags.

Tanner Simon had a solid day at the plate, going 2-for-3 with a double, a triple and an RBI. Topping also gave himself plenty of help, going 3-for-5 with four RBIs.

The Cougars jumped to an early 2-1 lead in the first and didn’t look back after that. Aside from a quick second inning, they put tallies on the board every inning, including an eight-run fifth and a five-run sixth in the 16-6 victory.

Traveling to Camanche, June 15, things were relatively quiet for both teams until the sixth inning.

In the sixth, Eli Green went yard to start the inning, giving the Cougars a 1-0 lead. Reinke hit a single and was then driven in by a Rausch double to put the Cougars up 2-0.

In the bottom half of the sixth, Camanche got a man all the way to third before ending the inning.

In the top of the seventh, three quick strikeouts ended any hopes the Cougars had of padding the lead.

In the bottom half, a quick fly-out to center started the inning, but soon walks became a fatal issue.

The next three batters reached on balls, loading the bases. A single then drove in a run, and two subsequent additional walks gave Camanche the lead and concluded the game at 3-2.

Eli Green ended his day on the mound with three earned runs on five walks and one hit, while striking out two.

Traveling to West Branch, June 19, the Cougars took an early 3-0 lead in the first inning. Reinke was driven in on a Topping single followed by Topping and Weber scoring on an Eli Green double.

West Branch struck back in the bottom of the second, scoring four runs to take the lead. The Cougars were able to tie it up in the fourth and, after little offensive activity from either side, the game went into extra innings.

In the top of the eighth, the Cougars went down 1-2-3. West Branch kicked off the bottom half of the inning with a single, and while that runner would eventually reach third, the inning ended on a fly-out to center.

With the top of the Cougar line up appearing in the ninth, Simon struck out swinging and Reinke flew out to second.

With two outs, Eli Green stepped to the plate to hit his second solo home run of the season, giving the boys the lead.

Topping was then hit by a pitch and pinch-runner Hugh Molony entered the game. Molony stole second and third before being driven in by a Weber single. A Carter Green line-out to second ended the inning, but the Cougars had a 6-4 lead.

West Branch started the inning reaching on a walk and quickly scored two runs on two hits to tie. With a runner on third and two outs, an error allowed the winning run to cross the plate.

Airline requires passengers to certify being free of COVID-19 symptoms

American Airlines is requiring passengers during check-in to certify that they have been free of COVID-19 symptoms for the past 14 days.

Dubuque County Sheriff Joe Kennedy said this week that the COVID-19 outbreak in the county jail might actually have been caused by an inmate, not staff members.

Francis A. Bergfeld, 88, of Dubuque, and formerly of East Dubu…