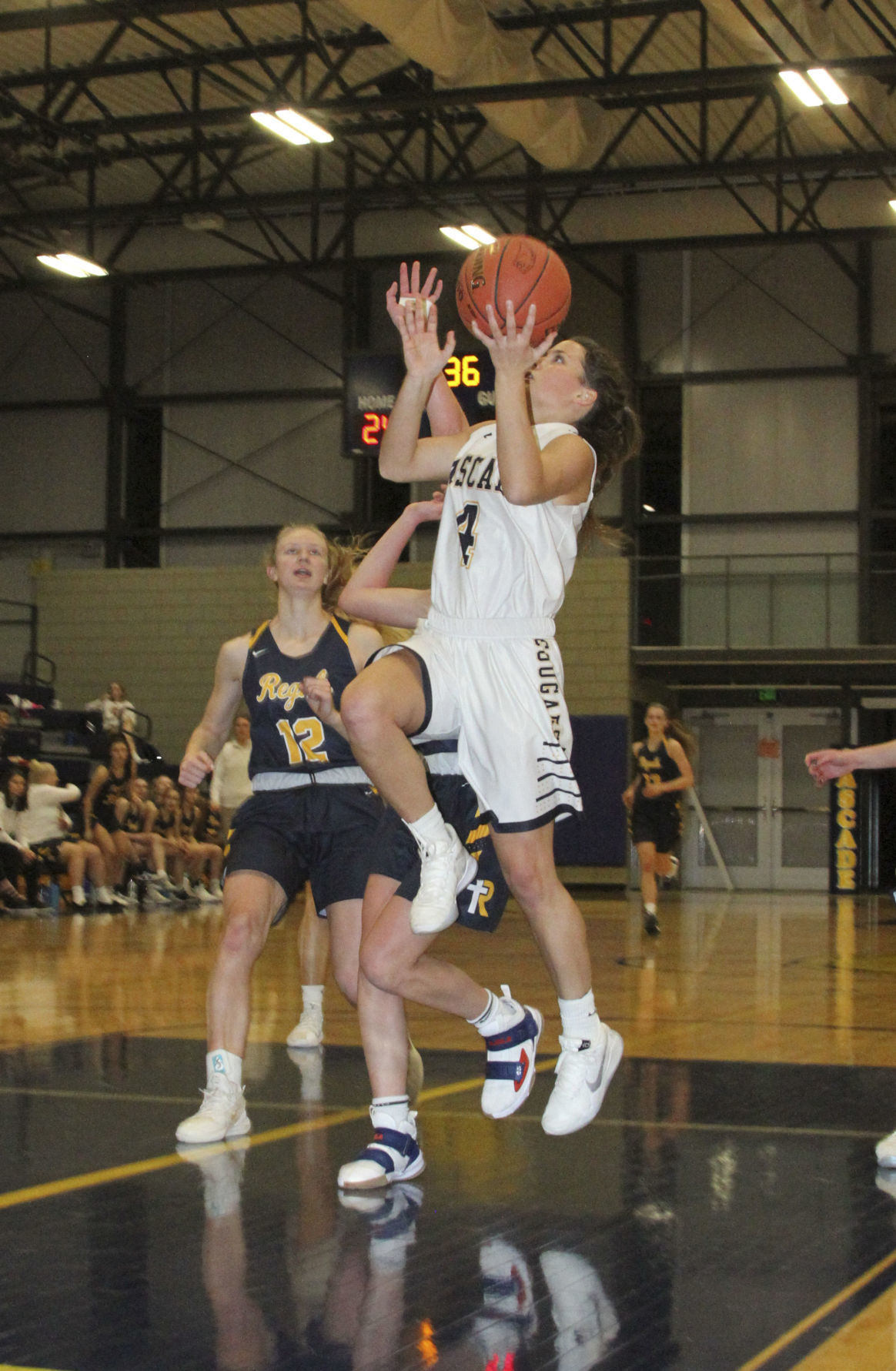 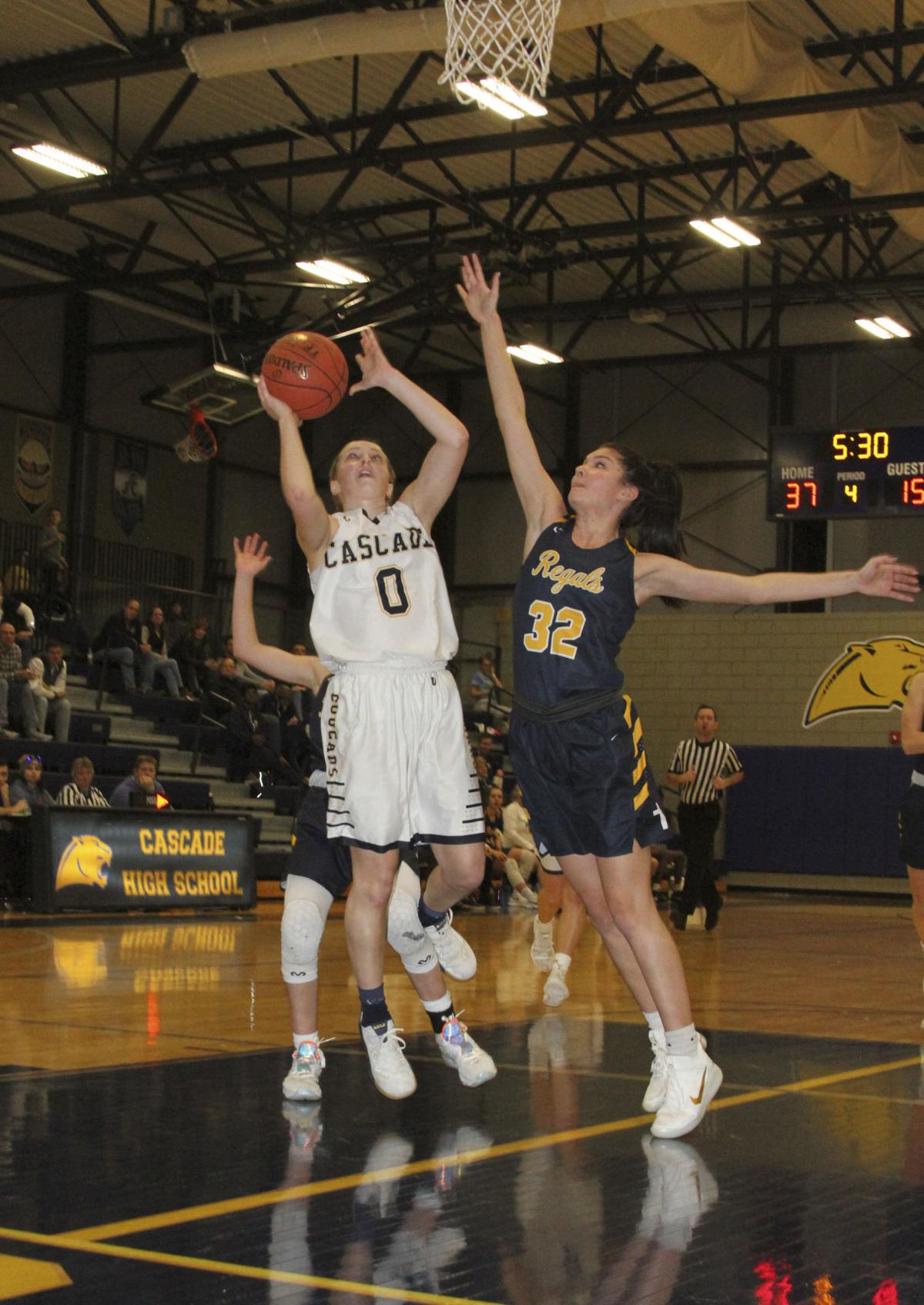 Nicole McDermott slices her way to the basket for two points as she helped Cascade cream Iowa City Regina, 49-19, at Cascade, Jan. 7.

Nicole McDermott slices her way to the basket for two points as she helped Cascade cream Iowa City Regina, 49-19, at Cascade, Jan. 7.

The Cascade girls’ basketball team outscored Iowa City Regina, 17-1, in the third quarter as the Cougars crushed the Regals, 49-19, in Cascade, Jan. 7.

Skylar Dolphin led the Cougars with 16 points and Nicole McDermott had 14 as the two senior guards fueled the win that improved their winning streak to 10 games. They are now 9-0 and leading the way in the River Valley Conference.

It wasn’t easy for the Cougars as they struggled to get going offensively. Dolphin’s layup 2:45 into the first quarter allowed Cascade to tie the game at 2-2 and was the only two-point basket the home team had made the entire first half. Abby Welter and Dolphin’s three-pointers allowed the Cougars to hold an 8-4 lead going into the second quarter, as the Regals pushed them around and didn’t allow Cascade to easily run the set plays that normally result in easy baskets.

The Cougars continued to look to the three-pointer as they knocked down four more to take a 20-14 lead into halftime. Cascade made adjustments that focused on flexing their muscles defensively. McDermott and her gang started picking pockets and those steals turned into easy baskets as they stretched the lead to 37-14 until Regina’s Lily Simpson made a free throw with 16.1 seconds left in the quarter for the Regals’ only point in the third quarter.

“They controlled the pace very well in the first half and we were able to force them into a couple of turnovers by playing solid defense and were able to get out and run. That loosened things up for us,” said coach Mike Sconsa. “They took away what we wanted to do and we ended up settling for threes and that gives us a little momentum. Thankfully we hit some shots.”

The onslaught continued in the fourth quarter with Alyssa Lux scoring a traditional three-point play followed by a three from the wing with 1:50 left to play and Elizabeth Gibbs’ buzzer-beater that gave Cascade, Class 2A’s number one-ranked team, a 49-19 victory.

“Versatility is one of the most important things in the world to our team because we have to be able to adjust to the game we are playing. This was very much a slug it out kind of game that we did adjust to,” said Sconsa. “I was happy with how we played, especially in the second half. They only give up 36 points a game. We showed up defensively and did enough on offense to get the win.”