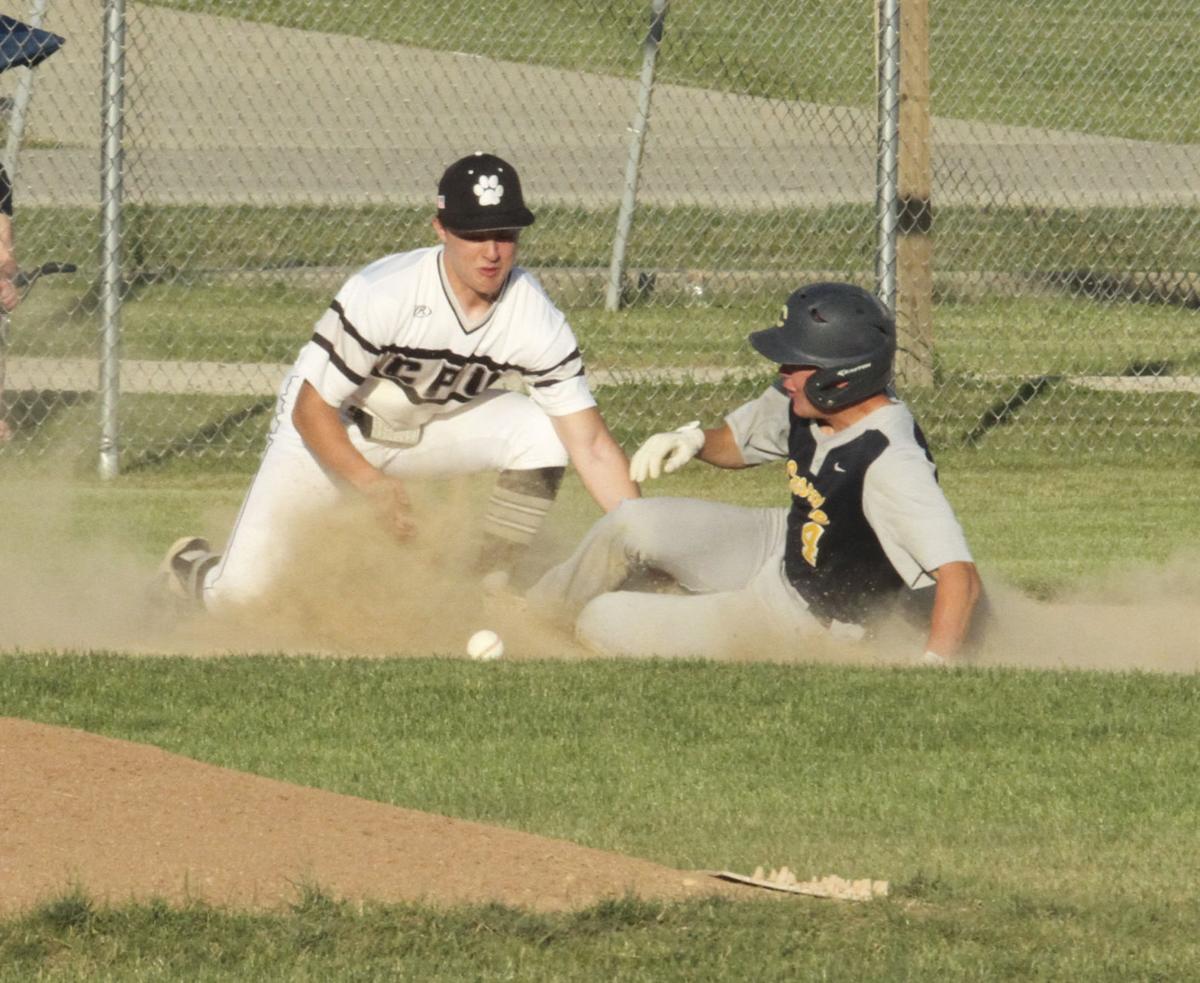 Ted Weber slides safely into third base against CPU. 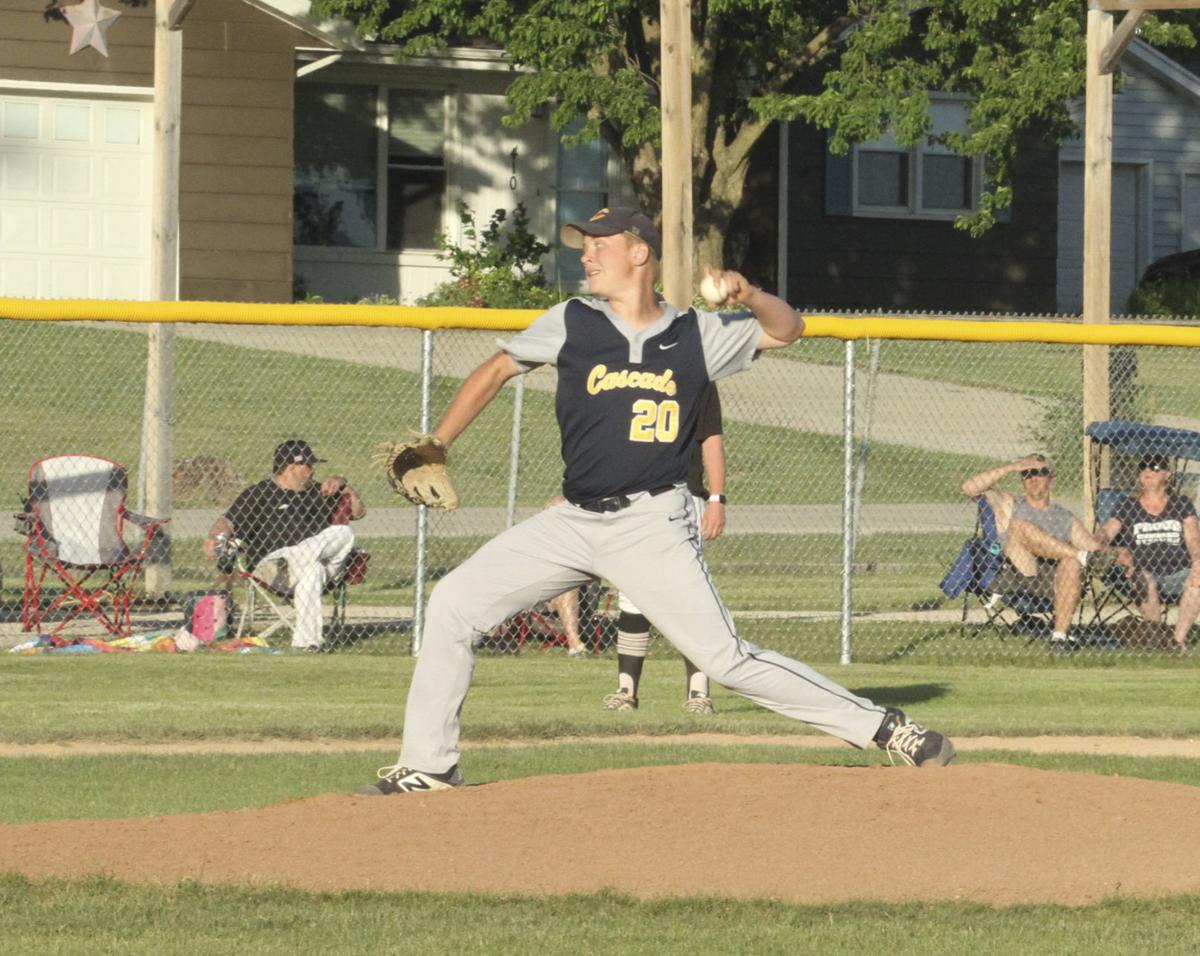 Ted Weber slides safely into third base against CPU.

After dropping a pair to Independence in week one for a rocky 0-2 start to the season, the Cascade Cougars were able to buckle down and shake the cobwebs off their game for an undefeated week two.

Hosting Camanche for a doubleheader June 1, the Cougars rebounded strong after giving the Indians a run in the top of the first but putting six on the board in the bottom half of the inning.

At the plate, Green knocked in a team-leading three RBIs, followed by two from Tanner Simon and one from Cade Rausch and Justin Roling in the Cougars 7-3 win.

Game two of the doubleheader got off to a slow start offensively, but the Cougars clawed their way onto the board in the bottom of the fourth before putting another pair up in the sixth to secure the 4-0 W.

Jack Carr followed Green’s example and also went a full seven on the mound, giving up no runs on two hits while walking one and fanning five.

Green and Ted Weber had the only two recorded RBIs and Simon led the team statistically going 2-for-2.

Traveling to Durant June 3, the Cougars got on the board first in the top of the second, but were quickly answered when the Wildcats put up a pair in the bottom half of the inning.

The Cougars would go on to score one in the third and another in the fourth, but both efforts were mirrored by the Wildcats, bringing the score to 3-4 heading into the seventh.

In the last inning, the Cougars put up a pair that Durant was ultimately unable to match, giving them the 5-4 win.

In the field, the Cougar defense had two errors.

Topping was the offensive leader, knocking in three RBIs on two hits and Simon contributed an RBI.

Finishing the week on the road at Center Point-Urbana, the Cougars were dominant until a close call in the bottom of the seventh.

Putting three on the board in the first, another three in the fourth and one more for good measure in the sixth, the Cougars held a 7-0 lead heading into the last half-inning of the game.

The Stormin’ Pointers put five runs on the board, but the Cougars were able to extinguish the flame to hold on for the 7-5 win.

The Cougar offense had a lot of contributors, with Topping leading the pack with two RBIs followed by Hosch, Jack Menster, Green and Weber contributing one.

With recent guidance from the federal government, Dubuque County staff have started planning an approach to spending the millions of dollars the county will receive via the American Rescue Plan.

A letter from the Iowa Department of Public Health (IDPH) sent Friday afternoon to superintendents, principals and Area Education Agencies urging schools and child care settings to make wearing masks optional has caused area schools to adjust their school masks policies with only a couple of…

The Dubuque County Board of Supervisors voted, 2-1, to end the countywide mask mandate during an emergency meeting May 14, after changed guidance from the U.S. Centers for Disease Control.

The Dubuque County Board of Supervisors voted, 2-1, to end the countywide mask mandate during an emergency meeting tonight, after changed guidance from the U.S. Centers for Disease Control.

Dubuque County Board of Health members are leaving the county’s mask mandate in place for now.