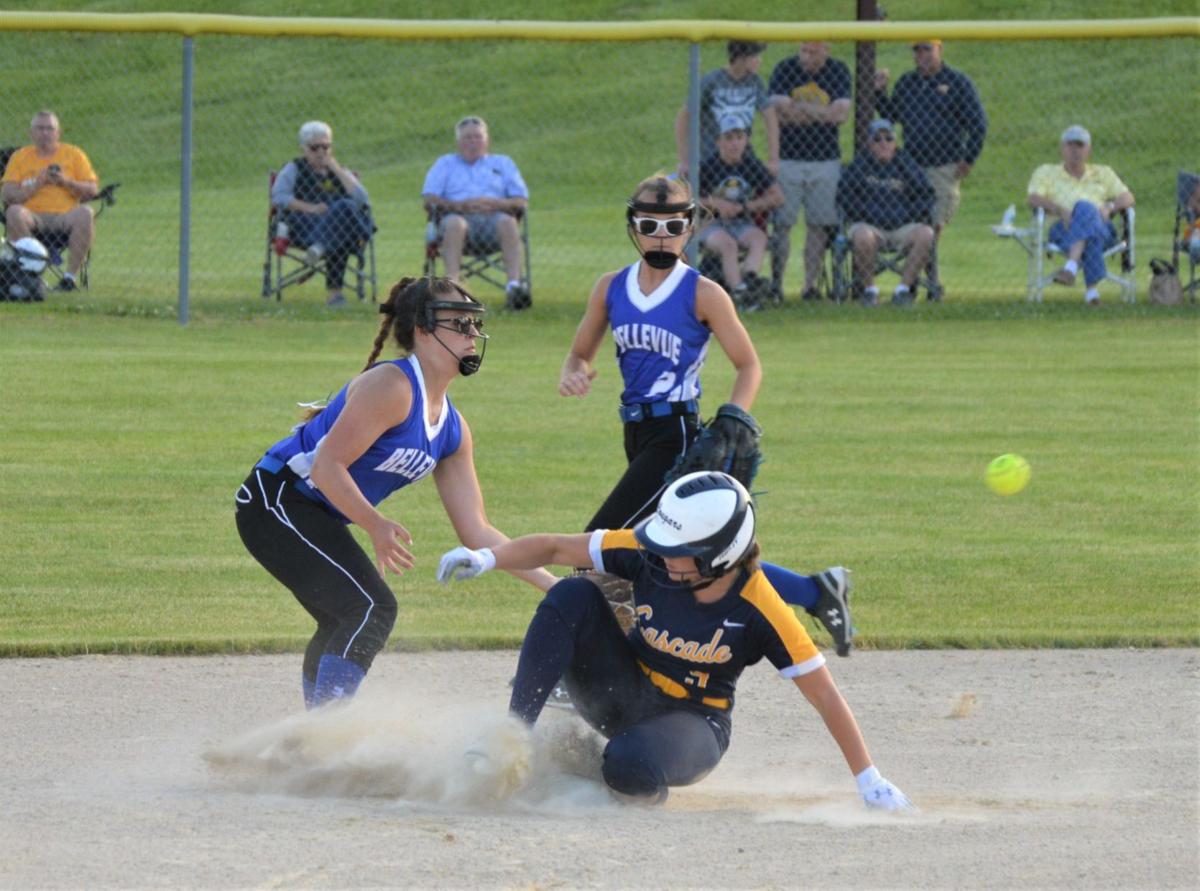 Julie Ludwig steals second for the Cougars in their 10-0 victory against Bellevue in their season opener, June 15. 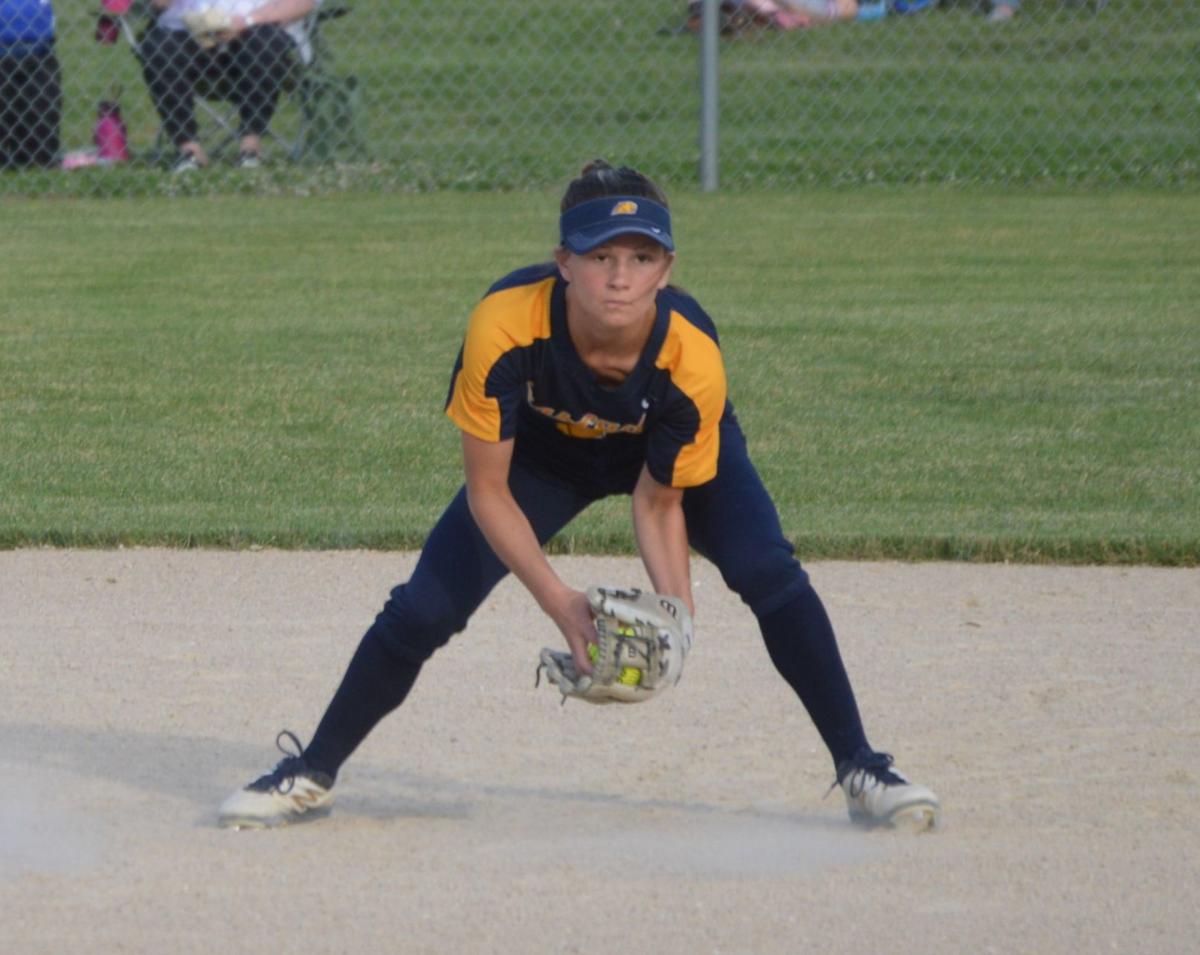 Shortstop Taylor Menster comes up cleanly with a ground ball before throwing to first. 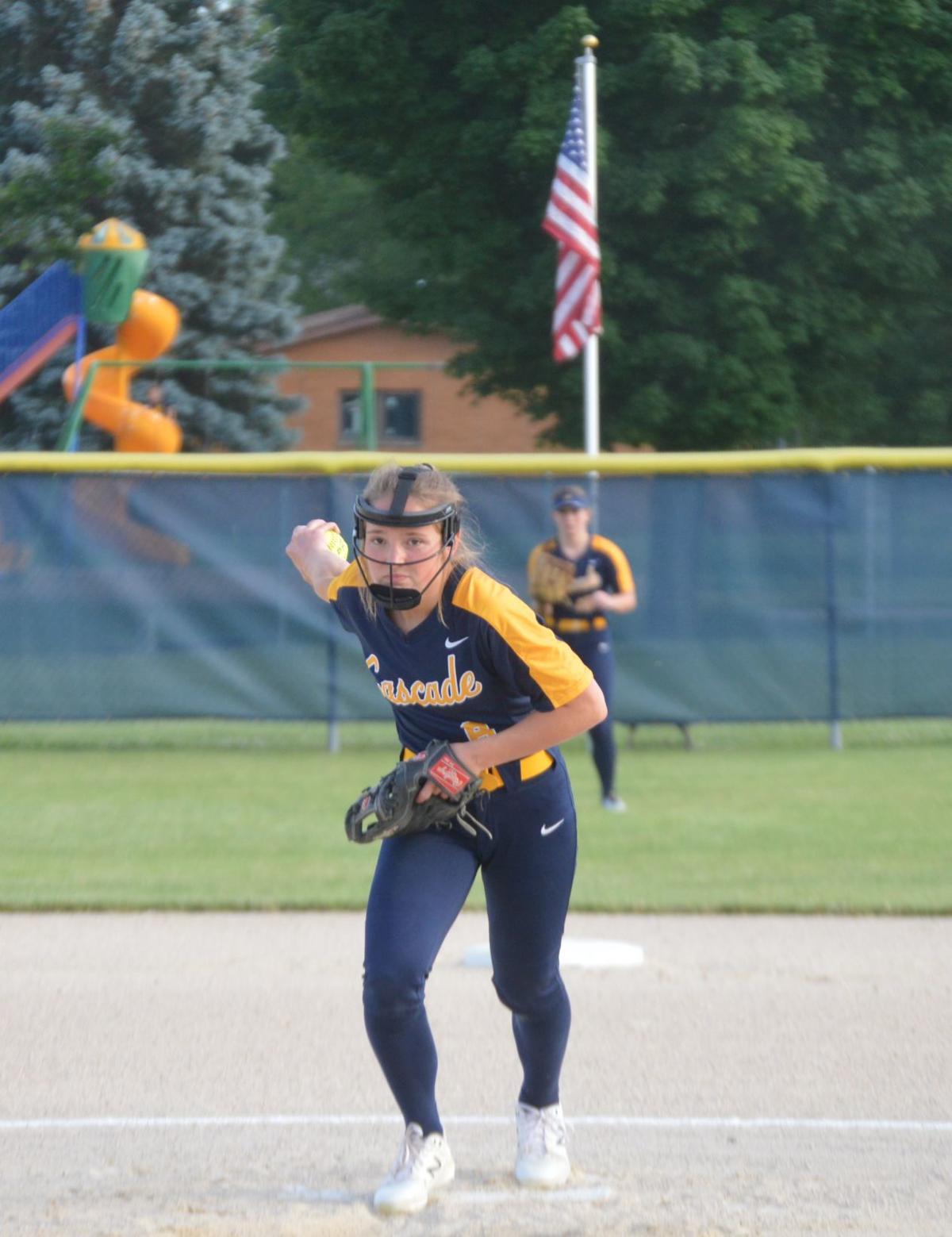 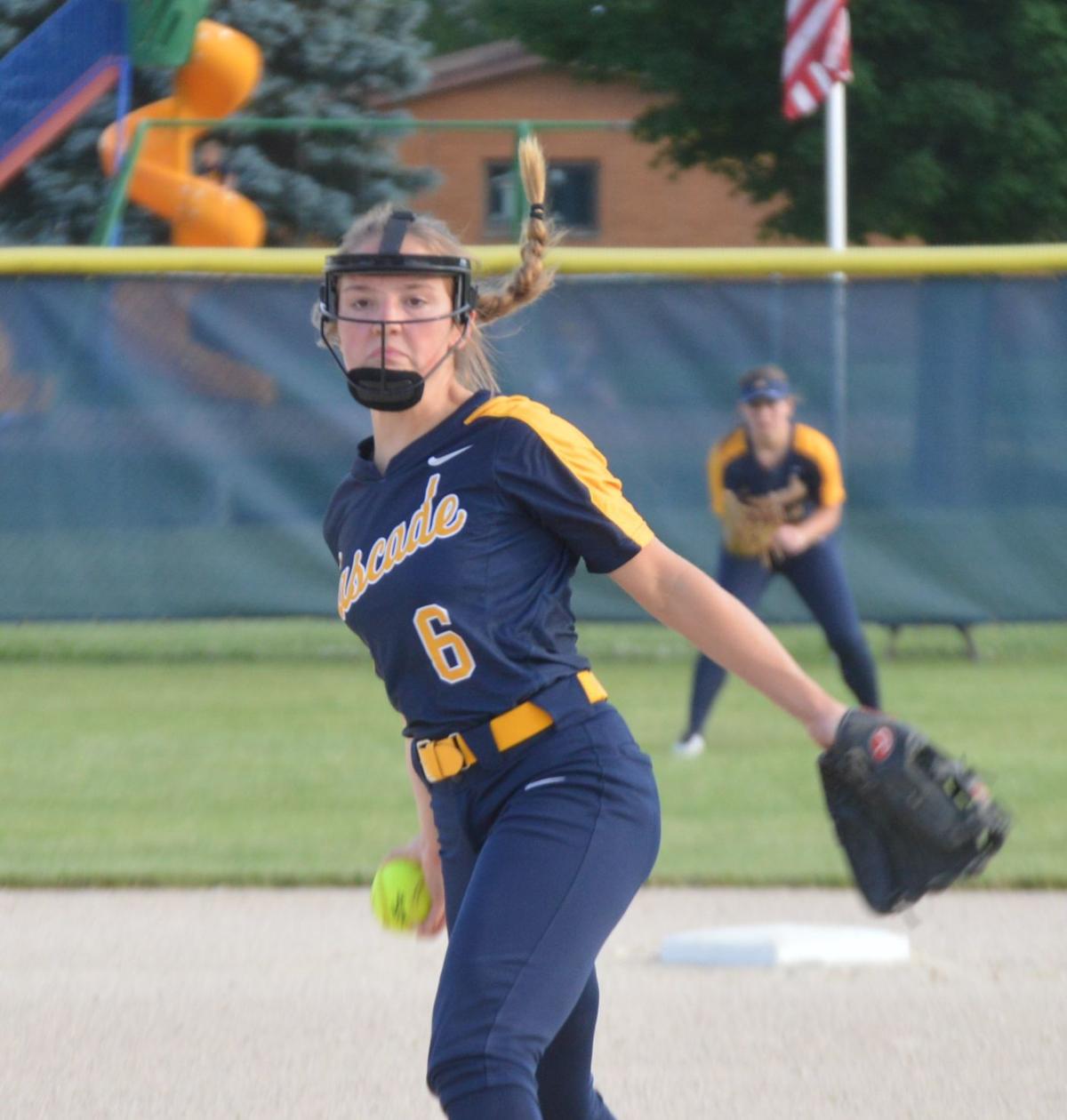 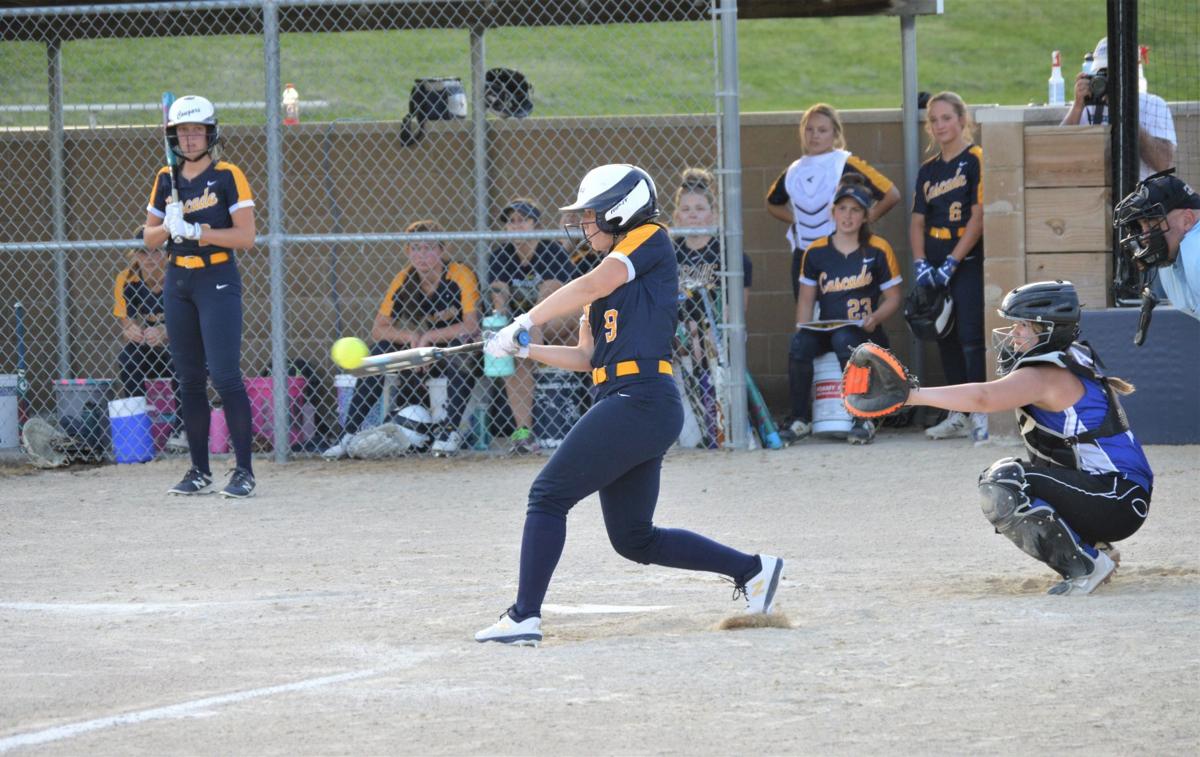 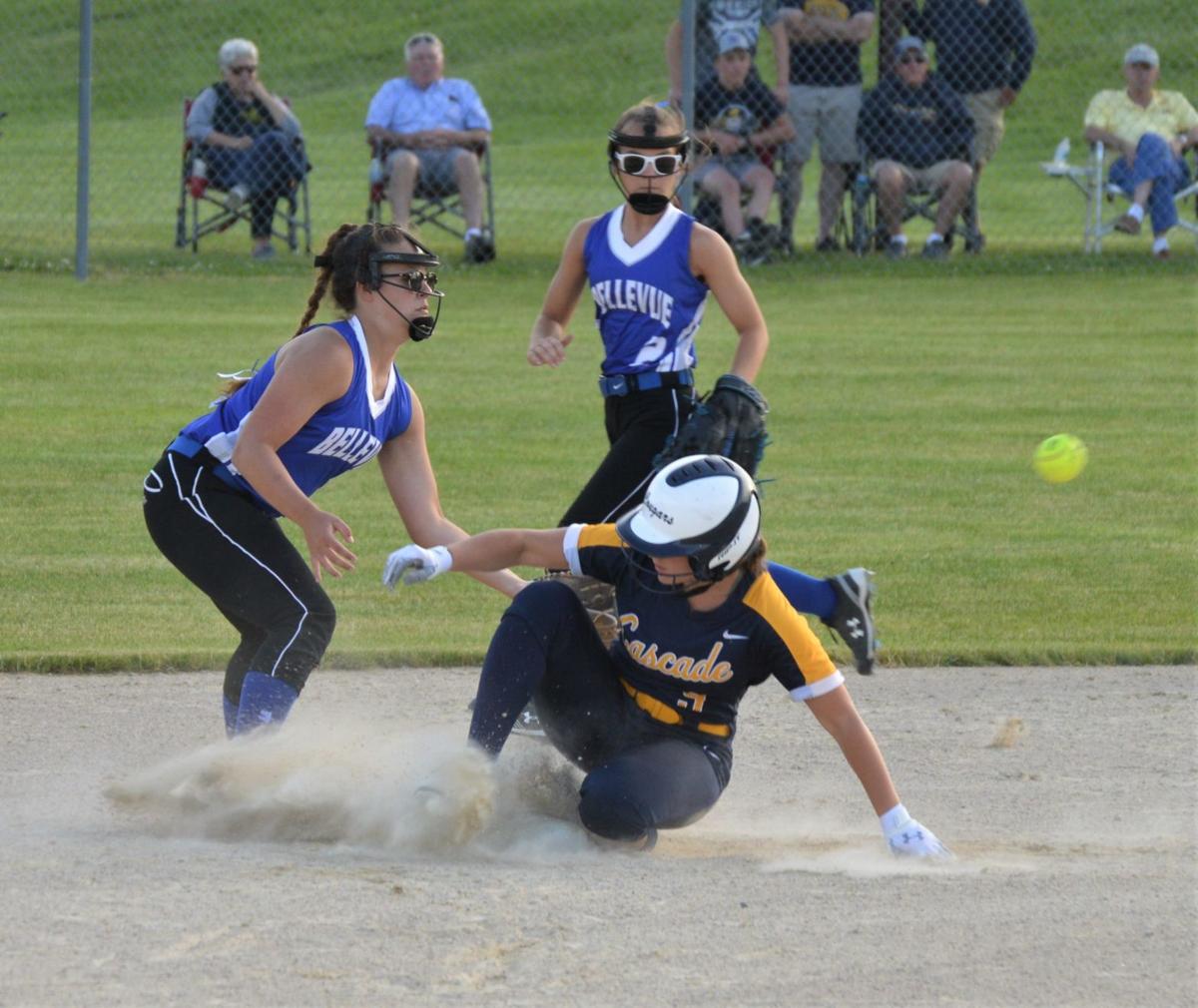 Julie Ludwig steals second for the Cougars in their 10-0 victory against Bellevue in their season opener, June 15.

Shortstop Taylor Menster comes up cleanly with a ground ball before throwing to first.

The young Cascade softball team let its youthful exuberance run wild in its season opener, June 15, versus Bellevue, jumping to a five-run first inning and never letting up in a 10-0 five-inning win over the visiting Comets.

Cascade’s first five batters all reached and scored in the opening frame, as Samantha Frasher’s triple plated a pair of Cougars, and Alyssa Koppes added a two-run single. Julia Ludwig’s two-out single chased Koppes across the plate for the commanding early lead.

Starting pitcher Devin Simon held Bellevue at bay through her three innings of work, as the freshman fanned five, allowed just one hit and issued a pair of walks.

The Cougars kept their feet on the gas and the basepaths, scoring their other five runs in the next two innings.

Frasher’s sacrifice fly to left field scored Simon, who led off the second inning with a double off the fence in right field, making it a 6-0 ballgame.

Libby Felton, Simon, and Taylor Menster drove in three of the Cougars’ four third-inning runs, with a single, double and single, respectively. Alyssa Lux made the most of her pinch-running assignment, as she took over for Koppes, who drew a lead-off walk. With her head down and going from first to third on an Emily Conlin single, Lux came in to score when Bellevue misplayed the ball on a throw-in from the outfield.

With freshman Simon done in the circle, eighth-grader Maggie McDermott took the ball and was greeted by a single before walking the next batter to put Comets on first and second. After striking out the next batter looking, three Cougars combined for the play of the day. McDermott retired the next batter swinging, and when the runner broke from second, new catcher Mckenna Gehl fired to third, where Simon dropped the tag down on the sliding Comet runner to complete the strike-her-out, throw-her-out double play.

Bellevue never threatened in the fifth, and the Cougars enjoyed their first win of the season.

“The biggest thing for us were our bats and base-running for sure,” said coach Sonya McCormick. “This is something that will continue for us moving forward. I was just very proud of how the girls came out and put it away like they should have.”

The Cougars collected 10 hits on the night, with Koppes and Simon accounting for two apiece, while Frasher drove in three runs and Simon, a pair.

McDermott struck out two and walked two, and only allowed one hit.

The roles were reversed in the Cougars’ June 18 match-up at Camanche, as the hosts pounded their way to four first-inning runs before plating six more in the second on their way to handing Cascade a 12-0 defeat in five innings.

Statistics were not available for either team before press time.