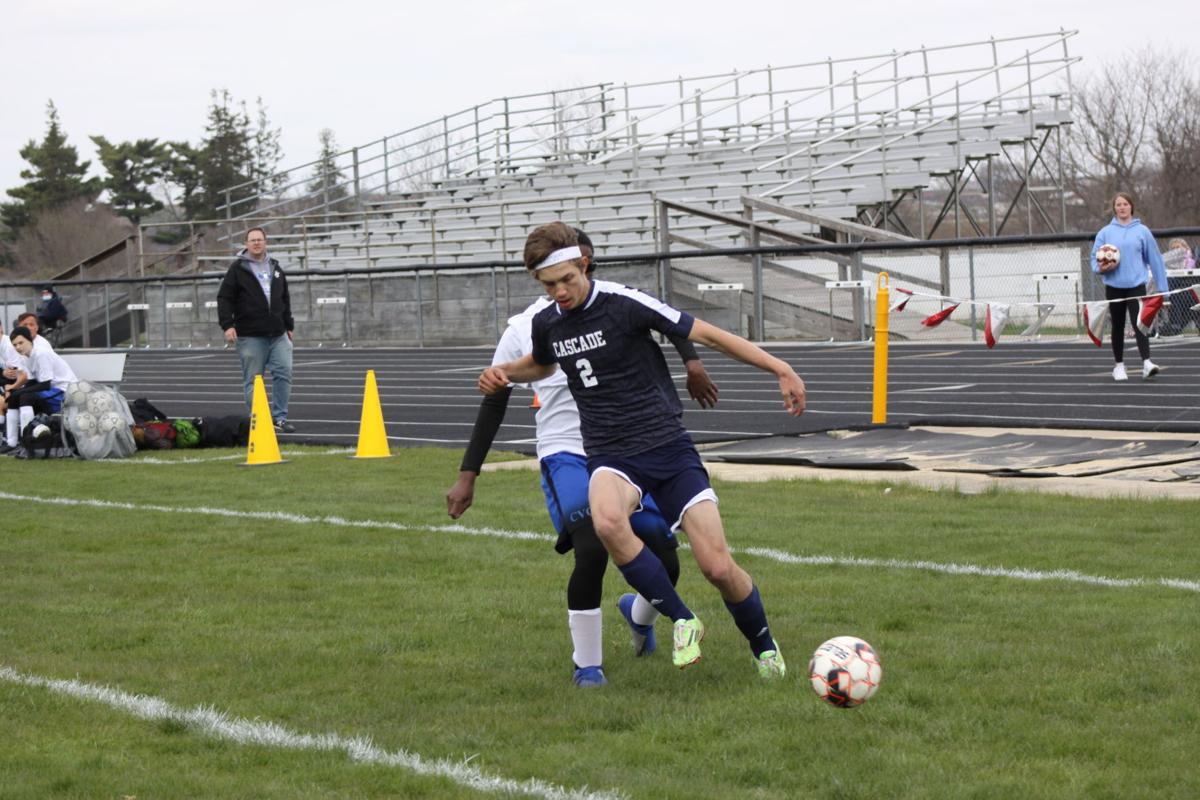 Justin Roling turns the corner on the Cedar Valley Christian defense during the Cougars’ 5-0 win. 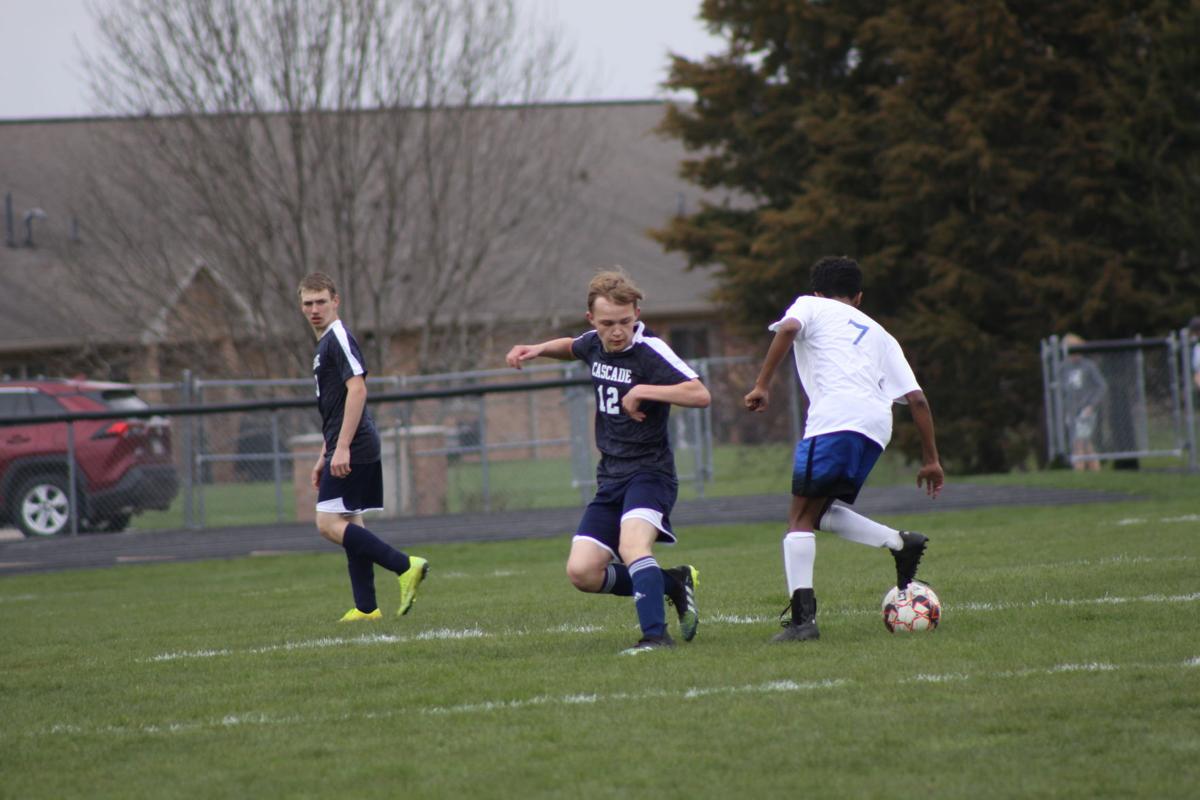 Justin Roling turns the corner on the Cedar Valley Christian defense during the Cougars’ 5-0 win.

The benefit of only having one game last week helped pay dividends for a team that is still finding its stride.

The Cascade varsity soccer team hosted Cedar Valley Christian, April 23, which meant the Cougars had plenty of time to drill on the little things and take a 5-0 win.

“I think it let us really key in on certain aspects and repeat those same things in multiple days of practice as opposed to one or two days between games,” coach Tim Nieman said. “I enjoyed having that much time to really just hone in on certain skills.”

During the first half of the game, although the Cougars ended up putting four points on the board early, Nieman said he didn’t see the boys asserting the command of the field he would have liked to see — but that’s a pretty good problem to have with a commanding lead.

“I felt like we didn’t control the game as much in the first half, but we did score more goals,” Nieman said. “In the second half, I thought we played much better, but that’s just how it works out sometimes. Even though we didn’t score as much, we had total control of the game in the second half.”

Due to various other responsibilities players had during what has been shaping up to be a busy spring for students, Nieman said they were three players short for their game.

“We had people that were really locked in and a lot of guys really stepped up,” Nieman said “We had players that I didn’t necessarily expect to be scoring goals stepping up and scoring. We also had four different people score, which is a new high for us — we’ve never had that many people score before so that was cool to see.”

With the win over CVC, the Cougars are now 5-0 midseason and the next week of play will challenge a young team still figuring out its identity.

“We are facing our two highest-ranked opponents so one thing we really are going to be working on this week is finishing,” Nieman said. “Last week, we got a lot of shots off but we didn’t necessarily convert on all those chances.”

Editor’s Note: Complete statistics from the game were not available at press time.

The Dubuque County Board of Supervisors voted, 2-1, to end the countywide mask mandate during an emergency meeting tonight, after changed guidance from the U.S. Centers for Disease Control.

Dubuque County Board of Health members are leaving the county’s mask mandate in place for now.

WASHINGTON (AP) — The United States is set to meet President Joe Biden's latest vaccine goal of administering 200 million coronavirus shots in his first 100 days in office as the White House steps up efforts to inoculate the rest of the public.

WASHINGTON (AP) — President Joe Biden’s COVID-19 vaccination campaign hit a snag when federal regulators recommended a “pause” in administering Johnson & Johnson shots. But the White House portrayed the action as important validation of his measured approach throughout the rollout.

WASHINGTON — The U.S. is recommending a “pause” in administration of the single-dose Johnson & Johnson COVID-19 vaccine to investigate reports of potentially dangerous blood clots.

Mary A. Ostwinkle, 98, of Epworth, passed away peacefully surr…

Wilhelm Dominikus Eck, 86, of Oregon, Wis. and formerly of Epw…