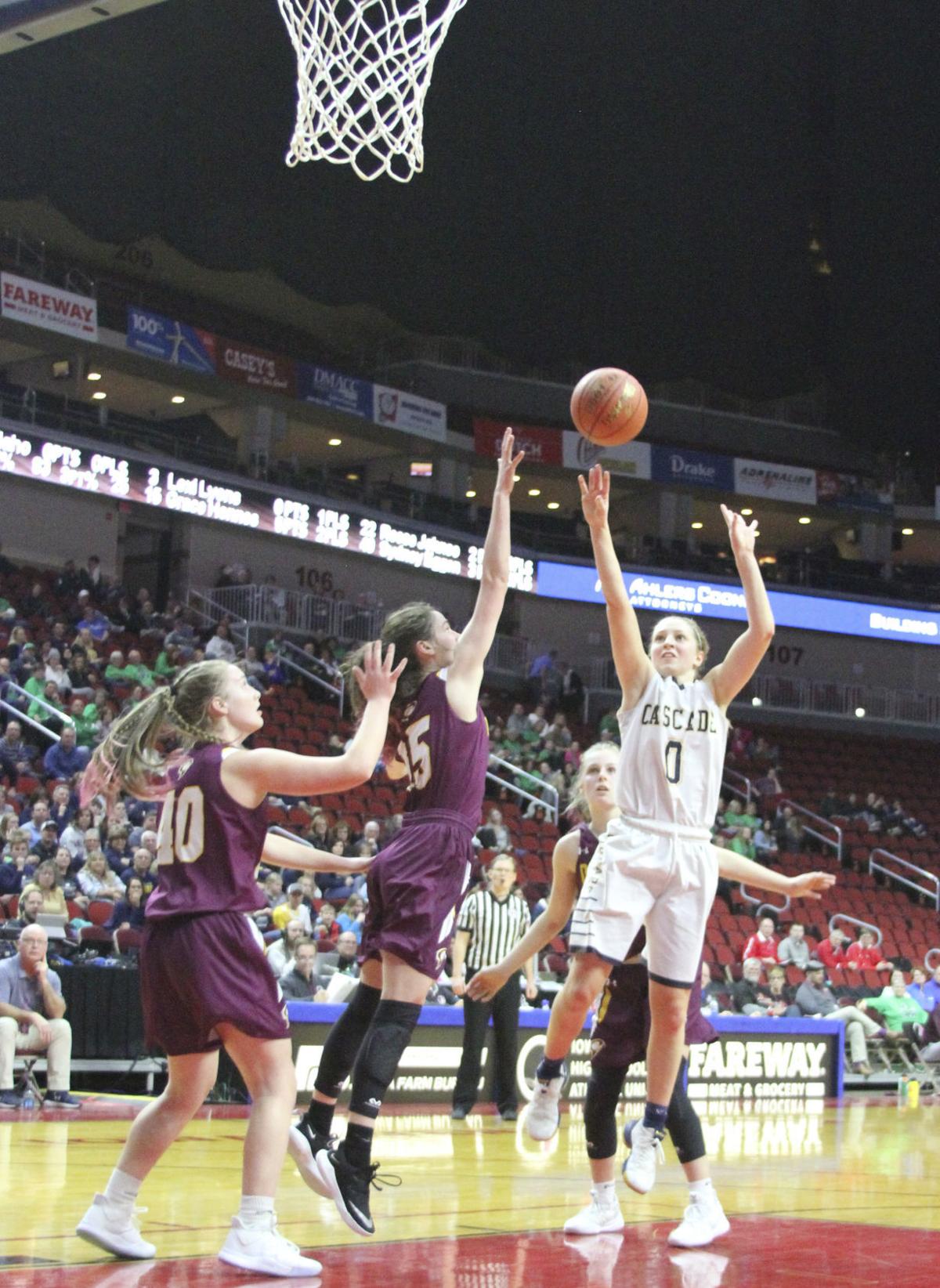 Nicole McDermott floats into the lane to get off a shot during Cascade’s 41-28 win over Denver in their Class 2A state quarterfinal game in Des Moines, March 3. 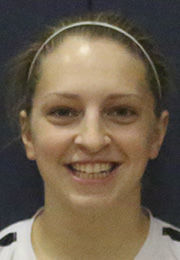 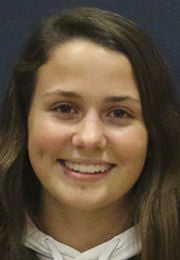 Nicole McDermott and Skylar Dolphin both decided to go all in to make their senior season on the Cascade girls’ basketball team as special as possible.

Even though their hard work and dedication didn’t bring home the ultimate team award, their play on the court was noticed. McDermott was a Class 2A all-state first-team selection by both the Iowa Print Sports Writers Association and the Iowa Girls Coaches Association (IGCA) while Dolphin was chosen to the third team by the IGCA.

The truly impressive list of accolades for the Cougar standout grows as this was the fourth time McDermott landed a spot on the IGCA all-state squad, three times a first-teamer and she was a third-team selection her freshman year.

McDermott is also a member of an extremely exclusive club of basketball players who were four-time members of the State Class 2A All-Tournament Team.

“It’s pretty crazy to see how all my hard work has paid off and getting rewarded with these honors and being selected to play in two all-star games,” said McDermott who has signed a letter of intent to attend Clarke University in Dubuque where she will study sports management, but more importantly continue to compete on the basketball court.

“I wanted to be a better shooter from the perimeter and I wanted to get quicker and stronger. I definitely think I accomplished that.”

“Nicole and Skylar raised their games to new heights this season and both played with a sense of hunger and urgency that the entire team fed off of,” said Mike Sconsa, Cascade’s head coach, about his two award winners. “Both Nicole and Skylar are more than worthy of the recognition and accolades that they have earned.”

“Nicole worked very hard in the offseason to get strong and to improve her all-around game and it showed as she was much stronger finishing at the rim this year and did not get bumped out of position as much,” said Sconsa about his four-year starting point guard.

“Getting this award means a lot to me. Going into this season I didn’t really know what my role on the team was going to be or how successful I was going to be,” said Dolphin, who is undecided about her plans after high school. “I want to give a big shout out to Mr. Sconsa for believing in me all four years.”

“Skylar shot the ball very well this season and she showed a great deal of growth and maturity as a player over the last few seasons,” said Sconsa. “She really hit some big shots for us and she used her speed in transition well.”

Dolphin led the team in made three-pointers (52), was second in scoring (288 points, 11.5 ppg), third in assists (69) and fourth in steals (50) while being the unofficial team leader in floor burns and scrapes.