Log In Sign Up
You are the owner of this article.
Edit Article Add New Article
You have permission to edit this article.
Edit
Home
News
Sports
Features
Opinion
Obituaries
People
Weather
e-Edition
Public Notices
Classifieds
Perks
1 of 2 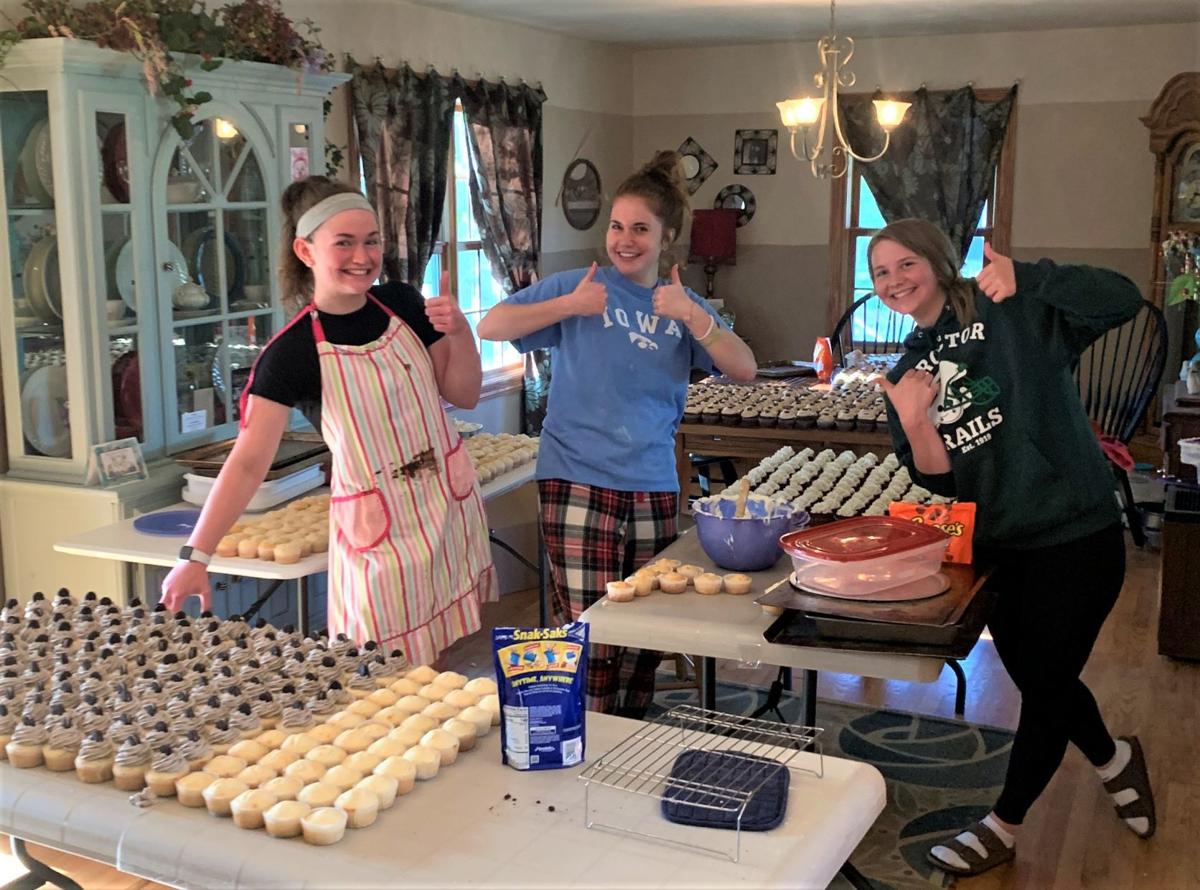 From left, Sydney Weber, Maddie Weber, Faith Bower show off some of the more than 800 cupcakes they baked recently to help raise funds for a pair of cancer-related charities. 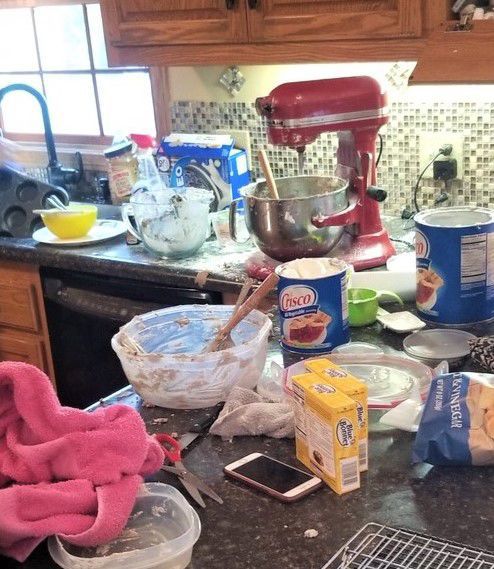 The kitchen counters were quite chaotic as Maddie and Sydney Weber baked more than 800 cupcakes for cancer-related charities.

From left, Sydney Weber, Maddie Weber, Faith Bower show off some of the more than 800 cupcakes they baked recently to help raise funds for a pair of cancer-related charities.

The kitchen counters were quite chaotic as Maddie and Sydney Weber baked more than 800 cupcakes for cancer-related charities.

A girl’s relationship with her mother is something special, as it provides young women the opportunity to learn valuable life lessons from someone they can also call a friend — skills and traits that help shape them through their teen years and into adulthood.

For Maddie and Sydney Weber those lessons ended far too early, as their mother, Bonnie Weber, died of breast cancer July 27, 2013.

The skills and personality traits Bonnie was able to instill in the two girls were put on display recently, as Maddie and Sydney baked 800 cupcakes to help raise money for two cancer-related charities.

Sydney is a junior at Cascade High School, and CHS juniors every year do a passion project, an opportunity for students to explore and develop a project that is based on their interests. “She never got to actually do her project because of school getting canceled, but her idea was to sell cupcakes at school to raise money for breast cancer research,” said Maddie.

When Maddie’s fundraising year kicked off for Dance Marathon, Maddie had the idea to bake and sell cupcakes. “When I called Sydney to tell her, she told me that was her idea for her passion project. I hadn’t known that, so we just kind of decided to do it together and split our profits for our two charities.”

Both girls drew their inspiration from their mother. “Every time I bake cupcakes, it feels like she’s right there next to me,” Sydney said. “My mom loved to bake, so we definitely get our baking talents from her.”

Maddie concurred. “Yes, baking was something she loved to do and she was known for her cupcakes, so every time I make them, I definitely feel like it’s a way to honor her.”

And it wasn’t just the measuring of ingredients that stuck with the Weber girls. “She also taught us how to be kind people and how important it is to give back and help others,” Maddie said. “So I know she would have been super proud of us for doing this and giving to these charities to help others in need. She liked to bake for us and for other people all the time. She let us help her sometimes, but we were still pretty young, so I don’t think we were too much help. We were most helpful just being her taste-testers.”

Both girls can assure that yes, a person can get too much of a good thing. “For the first few days after baking I didn’t even wanna think about eating a cupcake,” said Maddie.

For Sydney, the proof might be in the pudding, but the fun is in the baking. “I had way too many cupcakes over the years that they are definitely not my first option of sweet,” she said. “I would much rather make them than eat them.”

The federal government outlined a sweeping plan today to make vaccines for COVID-19 available for free to all Americans, assuming a safe and effective shot is established and widely accepted though polls show skepticism remains across America.

Dubuque County supervisors voted, 2-1, Sept. 8 against enacting a countywide mask mandate recommended by the county Board of Health.

Students returned to in-person classes over the last couple of weeks, but this year had a different look to it. Due to COVID-19, schools across the country had implemented sanitizing stations, mask wearing and social distancing to protect students and staff.

Concerts, festivals, bingo nights, movie showings and a host of other normal activities have been knocked off the calendar by COVID-19 and its related distancing precautions.

Elizabeth A. “Betty” Woerdehoff, 96, of Cascade, passed away M…

Marty Alan Beyer, 59, of Peosta, passed away after a sudden il…