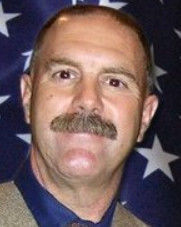 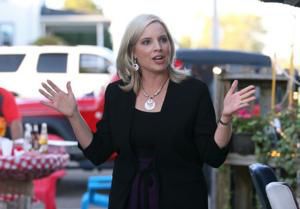 The race for Iowa’s First Congressional District has garnered national consideration as one of the nation’s closest, having flipped from Republican to Democrat in 2018, with Finkenauer’s defeat of then-incumbent Republican Rep. Rod Blum.

Winneshiek County businessman and farmer Thomas Hansen said his strength as a candidate lies in his transparency presenting his map for improving the nation.

“I am the only one, on either side of the aisle, who has been willing to put their plans for what they want to do and how they want to do them in writing for everyone to see, which can be read at hansenforcongress.com,” he wrote. “That is leadership.”

All candidates, of course, include platform statements and positions on their websites and social media.

Hansen, though, said he has serious concerns about political philosophies on the left, which he thinks have become more evident during the ongoing coronavirus pandemic.

“We should learn that there are those that are willing to strip us of our liberties and shred the Constitution in order to weave their socialist agenda into the fabric of American society and trying to appease them is dangerous,” he said. “Promote American ideals, principles and values.”

Should Democrats retain control of the U.S. House after November, Hansen also said he expects he might be able to find partners across the aisle in his goal to block those philosophies.

“Seek out those Democrats that are tired of Socialists taking over their party and invite them over for dinner to talk about mutual interests and cooperation,” he said. “They are there and just need some encouragement. I know lots of delicious Delligatti recipes to persuade people, they worked on my wife.”

Hansen also said he had detailed plans for his first steps in office, should he prevail in the primary and defeat Finkenauer in November.

“Join the House Freedom Caucus, inform President Trump I love America as much as he does and I am there to support his efforts in restoring Her to greatness, and seek his assistance in pushing for term limits,” he wrote. “Then pizza and homemade cream soda at We the Pizza (a D.C. restaurant).”

Iowa Rep. Ashley Hinson, R-Marion, said she has the experience to lead the district in D.C.

“I understand the problems facing our communities and I know I can help find solutions,” she wrote. “I have a proven track record as a conservative leader and legislator working to balance budgets, cut taxes, and keep our neighborhoods safe.”

She said she would always put people over politics, even if the U.S. House is still under Democratic control.

“When I go to Congress, my focus will always be on solving problems for my constituents,” Hinson wrote. “I will work with anyone to enact smart legislation. Serving in the Iowa Legislature has prepared me well to be an effective solution-based legislator for the First District.”

She said her first steps would be to soothe some of the discord she hears from the nation’s capital.

“My priority is ending the chaos and dysfunction we see right now in Washington and instead getting to work on issues that actually matter to Iowans like lowering the cost of prescription drugs and rebuilding this country’s infrastructure,” Hinson wrote.

But, she also wrote that she will hold Finkenauer “accountable to her far-left voting record,” and criticized Democrats’ influence on the federal response to the ongoing coronavirus pandemic.

“The main focus for the U.S. House should be on the impact of the pandemic for our workers, economy and families,” Hinson wrote. “Democrats shouldn’t be using it as an opportunity to pass far-left legislation well outside the mainstream. We should be coming together to help our communities.”

The Republican National Congressional Committee has named Hinson a “Contender” on their national Young Guns list of candidates in 2020.