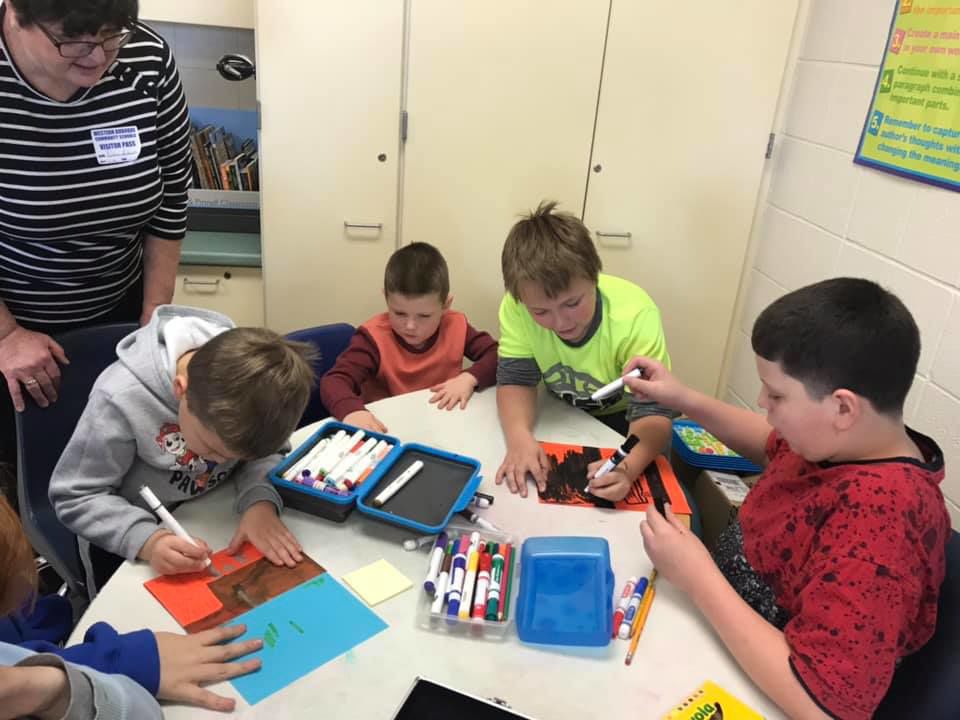 From left, Cascade Elementary School pre-K students Henry Ambrosy and Coy Shireman, and sixth graders Chris Schreiber and Michael Janacua, create cards they included in the care packages sent to area soldiers who were unable to make it home for Christmas. 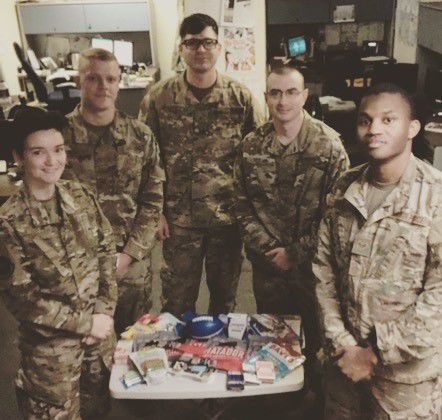 From left, Cascade Elementary School pre-K students Henry Ambrosy and Coy Shireman, and sixth graders Chris Schreiber and Michael Janacua, create cards they included in the care packages sent to area soldiers who were unable to make it home for Christmas.

While Bing Crosby first recorded the song in 1943, there have been numerous singers since then who have put their own personal spin on the classic, “I’ll Be Home for Christmas.”

Unfortunately, for many members of the United States military, being home to familiar surroundings and loved ones during the holidays is not a song all get to sing.

With that thought in mind, the students and staff of Cascade Elementary School (CES) made sure that at least four soldiers with ties to the area knew that their hometown friends and family wanted their Christmas to be merry. Tyler Ries, Taylor Manternach, Tom Knepper and Timothy Cornelis all received “care packages” sent from the school.

Josey Noonan, a third-grade teacher at CES, explained how the project took shape. “The whole school was invited to participate,” she said. “A letter was sent home explaining the project. All kids made cards and pictures that were included in the packages.”

The students worked with their reading buddies to make cards and pictures to include in the care packages, and the notes sent home included ideas of non-perishable items that could be sent.

“Every teacher at Cascade Elementary is a part of a committee that meets once a month that plans events at school,” Noonan explained. “The Special Events committee was planning for the Veteran’s Day Assembly and the idea came up to do the care packages. We all thought it was a great idea and began planning.”

The group began brainstorming the military personnel they knew and came up with the four chosen because they each are related to staff members.

“The Cascade Post Office was extremely helpful (with) how to ship the packages,” said Noonan. “Some families gave cash donations that we used for shipping and staff helped cover the remaining cost for shipping.”

The school had no idea what the response to the project would be, but were beyond pleased with the result. “We had way more items sent in than we expected,” Noonan said. “Some sent in candy, gum, cards, and even little Christmas decorations.”

And yes, Virginia, they all made it to their intended locations in time for Christmas. Manternach, Knepper and Cornelis were all stateside, but Ries is an Airman First Class in the Air Force, currently stationed at Kadena Air Base in Okinawa, Japan. He, along with the other three servicemen, very much appreciated the gifts from home.

“The staff and students of CES took a lot of time to write personal letters for everyone in my shop and sent us various gifts,” wrote Ries in an email. “They sent three packages to my personal mailbox and I brought them to my shop, where a few airmen and myself opened up the packages.”

Getting the gifts yielded the intended results. “Receiving the packages from home was very heartwarming,” Ries added. “Being in the military and being away from friends and family can be hard at times, especially around the holiday season. It’s nice knowing that I have people back home supporting me and thinking about me, while they have so much going on with their own family and friends during the busy time of year.”

According to Noonan, all four servicemen expressed similar sentiments to Ries, who wrote, “I am so thankful for the time and effort that CES students and staff put into making our holiday season that much better. It means the world to receive packages from a community that means to much to me.”