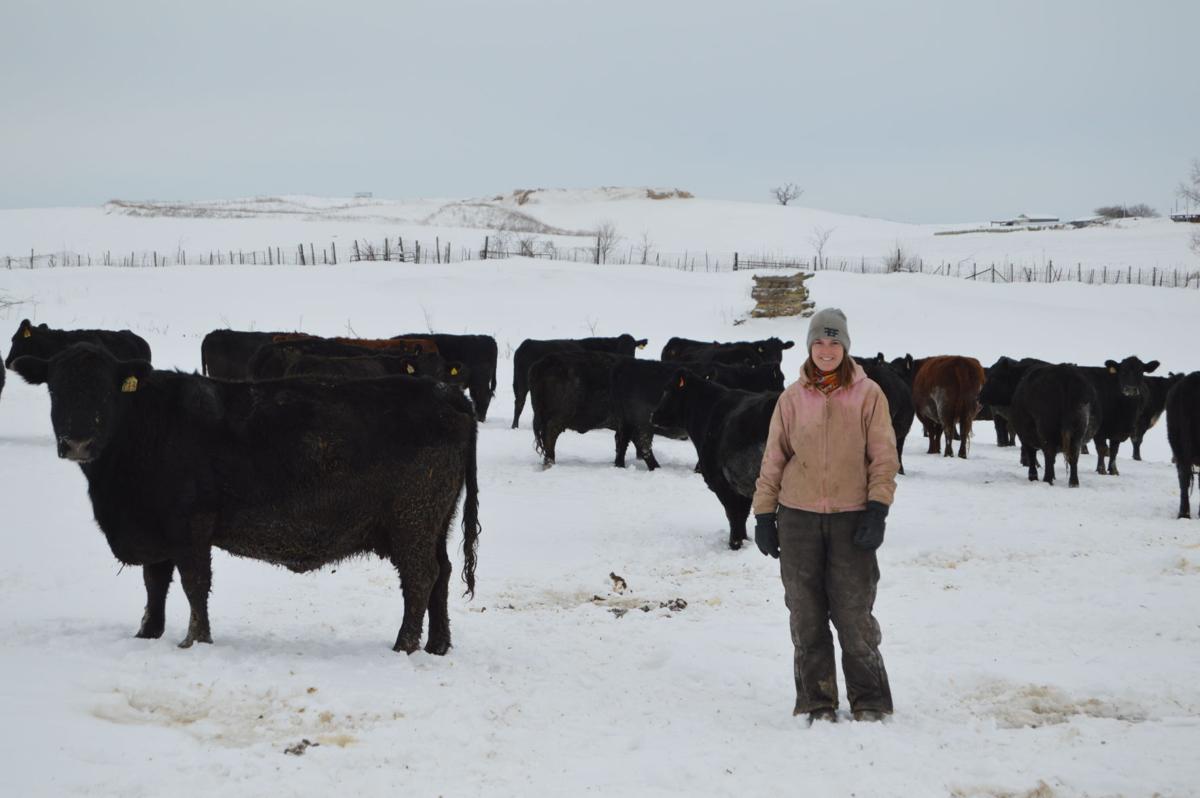 Lillie Beringer with one of her family’s Angus cattle herds. 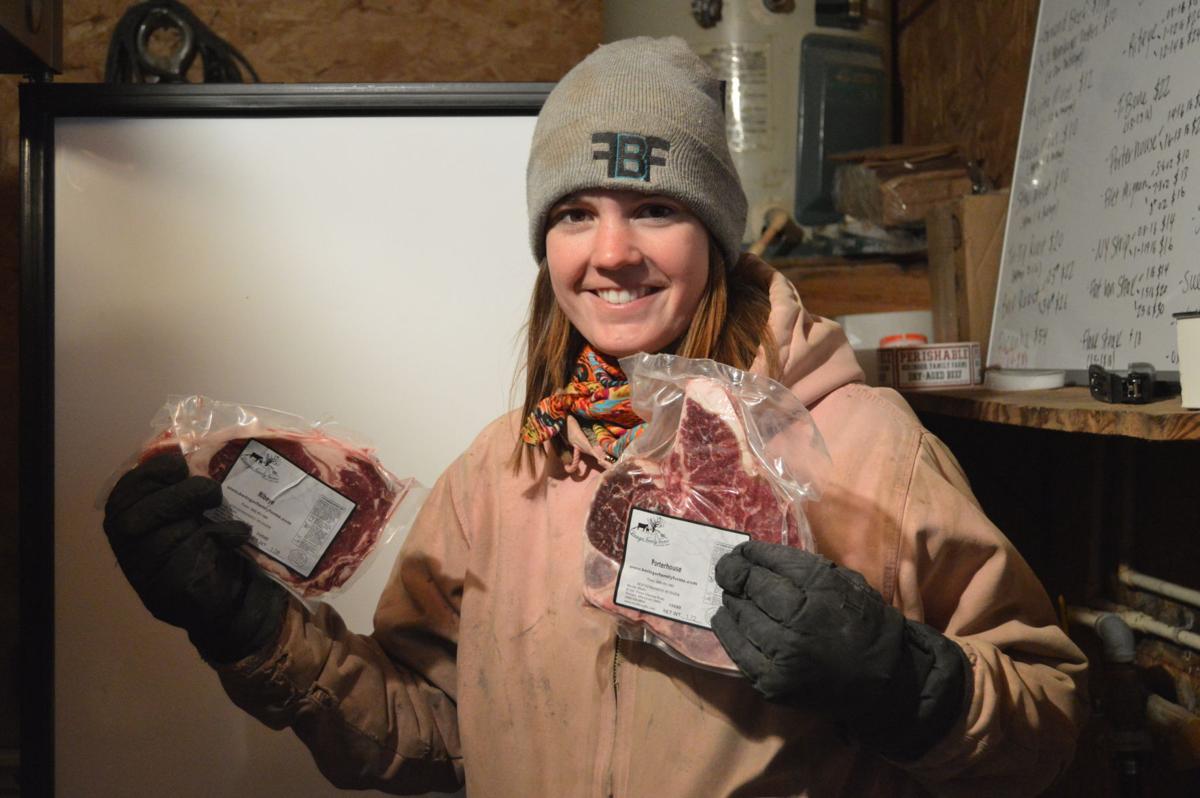 Lillie Beringer shows off some of her family farm’s beef products.

Lillie Beringer with one of her family’s Angus cattle herds.

Lillie Beringer shows off some of her family farm’s beef products.

Just outside of Cascade lies Beringer Family Farms, a three-generation family beef business consisting of three farms around Cascade, each one owned by the Beringer family and working in tandem to provide high-quality beef year-round.

“My grandpa started it in the 1950s,” said Lillie Beringer, a third-generation farmer in the business, “and then it was my uncle and dad. When I graduated college in 2018, I moved home to continue taking over the farm. We’ve fed cattle our entire life.”

Beringer, who works as a beef nutritionist in her day job, has gradually worked to take over the family business, buying up her family’s farmland and owning her cowherds.

“I’m the third generation continuing on with the family farm,” she said. “I have three brothers and a sister, and I’m the only one interested in carrying on the farming legacy. I’m one of 26 grandchildren on the Beringer side, so I’m the one continuing it on.”

The three separate farms all serve a different purpose in the business. While one farm is used entirely for pasture and grazing, another provides feed during the cold months and is the location of the calving. Additionally, the Beringer’s feed and take care of 500 head of custom cattle for another farmer. According to Beringer, the cattle are divided into fall and spring herds to stagger the beef supply over the year.

“We have 60 spring cows we’ll start calving a month from now, and we have 40 fall cows at a different farm. I have calves at two different times of the year because it allows me to have them ready for market at two times of the year, which leads to my beef business. To keep up with demand, I can’t have all cows ready at one time of the year and have enough meat to last all year.”

Beringer described the process of raising and rotating the cattle across the different farms for each stage of the process.

“The main purpose of the cows is to raise a calf every single year. We’re at the time of year to be starting that cycle. A month from now, they’ll start having calves and will calve from March until late April. After this two-month period for them to all have their babies, the cows and calves will get moved out to my farm where the pasture is. I have grass there all year round and do a rotational grazing standpoint. Out of 110 acres, I have it divided into five sections. Every week, I rotate them to new grass, so they’re there from May to late October depending on the weather. By then the calves are big enough to be weaned from their moms and I’m out of grass. After they’re weaned, we bring them back to the feedlot. By then they’re six to seven months old and 600-700 pounds and we finish them there until they’re market weight at 1,500 pounds. They’ll usually be finished by next April or May, so overall it takes 14-16 months total from the time they’re born to market weight.”

After achieving market weight, the cattle are taken to the butcher to be turned into cuts of meat, which Beringer then sells. According to her, the family business is heavily intertwined with the larger Cascade community.

“Our family farm has always been based in and around Cascade. We don’t have any farms outside of the area, so Cascade has always been the home roots. It’s where I grew up, went to school, and where we’ve been raised our whole lives, so we’re very familiar with the community, people and businesses. Any way we can help benefit a different business, we do that. Our feed and agronomy business to feed our cattle are all done through the local businesses that provide that service. Any events that go on in town like church auctions, we take part in and try to donate stuff towards. We’re very fortunate to grow up in the Cascade area and we support it as much as we can.”