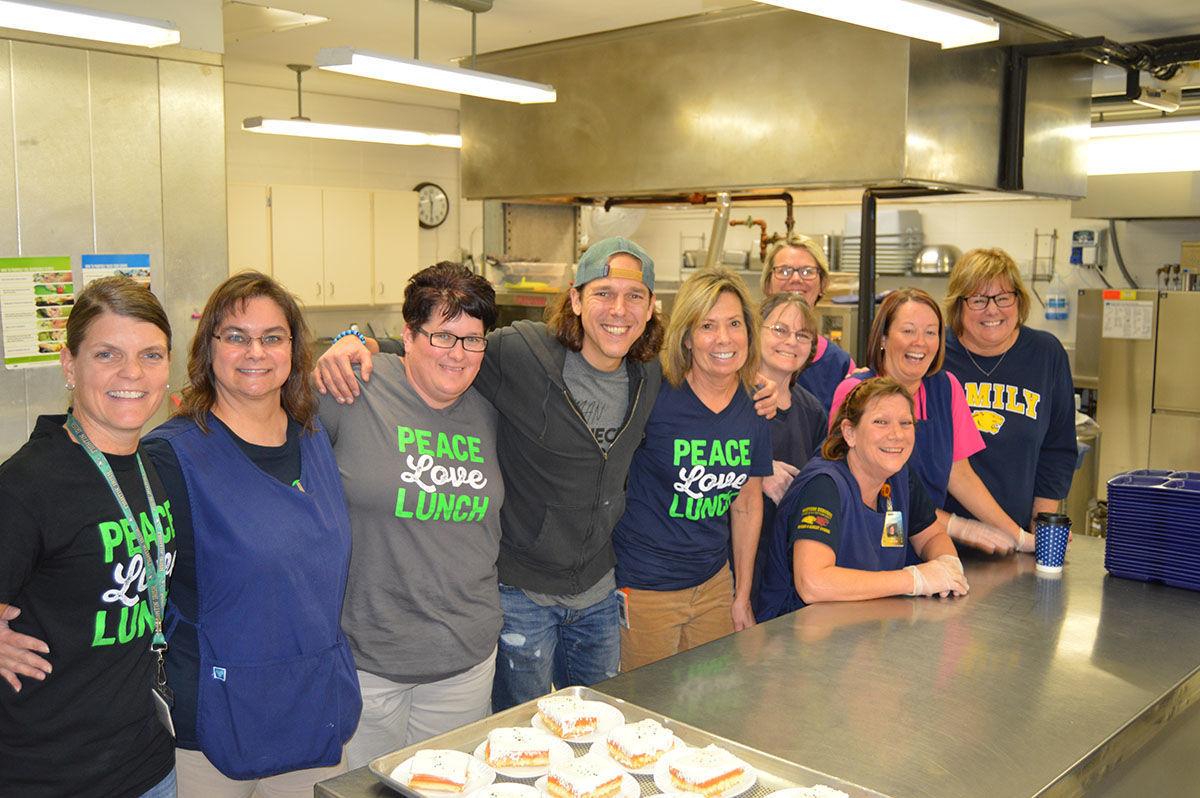 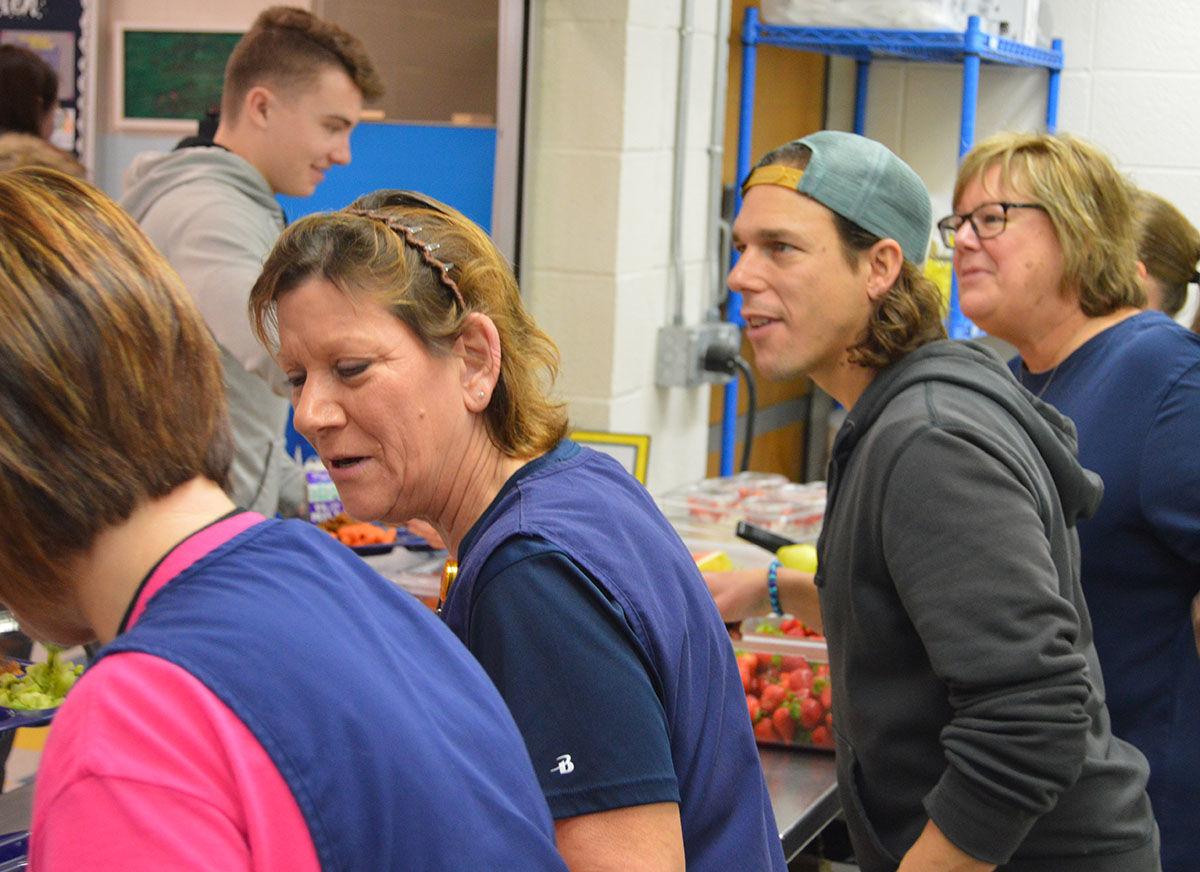 The staff in the Cougar Kitchen at Cascade High School is accustomed to preparing and serving a varied and well-planned menu of healthy and fresh food choices daily. But things were just a little different Nov. 21, as motivational speaker Joe Beckman made a side trip to CHS between “official” speaking engagements to share his fresh message with the kitchen workers.

“We are the base of the educational totem pole,” said Sue Knepper, kitchen manager, “without which the pole would fall over.” It was Knepper’s persistence in following Beckman on social media that brought him to Cascade after speaking in Maquoketa, and before he traveled to do the same at Western Dubuque.

“We’re so excited to have someone take the time just to inspire and interact with us,” said Knepper. She said school kitchen workers have gotten a bit of a bad rap lately, amid national news reports of students being denied food at some schools due to insufficient funds in their school lunch accounts — something she and Clif Cameron, the Western Dubuque Community School District director of food and nutrition services, said never happens in the district.

“These are the most important people on the campus, you need to understand that,” Beckman said loudly to the hungry influx of students making their way through the food line. He also donned plastic gloves and helped the kitchen serve the day’s delicacies.

Beckman said that while the trip to CHS was not among his scheduled stops for the day, it was a stop he was more than glad to make. “It worked out logistically for me to be here. Sue had reached out to me and said, ‘If you’re ever in the area I’d love for you to come over and I’ll make you lunch sometime.”’

He puts on the brakes at considering himself important but said the importance lies in what he may be able to help provide those he interacts with. “Some people see me as an important person or someone who has motivated them — no big deal by any means,” Beckman said. “I know that sometimes we just need a little joy in our lives, and sometimes even the random speaker no one has met coming into the school can provide just that.”

He not only met the kitchen staff but circulated among the pockets of students while they ate their lunches. Beckman engaged the students and staff from off the top of his head, as opposed to any pre-written script.

“I thought I would come in and share some positivity with Sue and the crew,” he said. “If nothing else, if I can add a few smiles to people’s faces, and remind them that the work they do matters, it’s time well spent.”