Jake Manternach at the Super Bowl in Florida, where his team, the Tampa Bay Buccaneers, recently had a great victory. 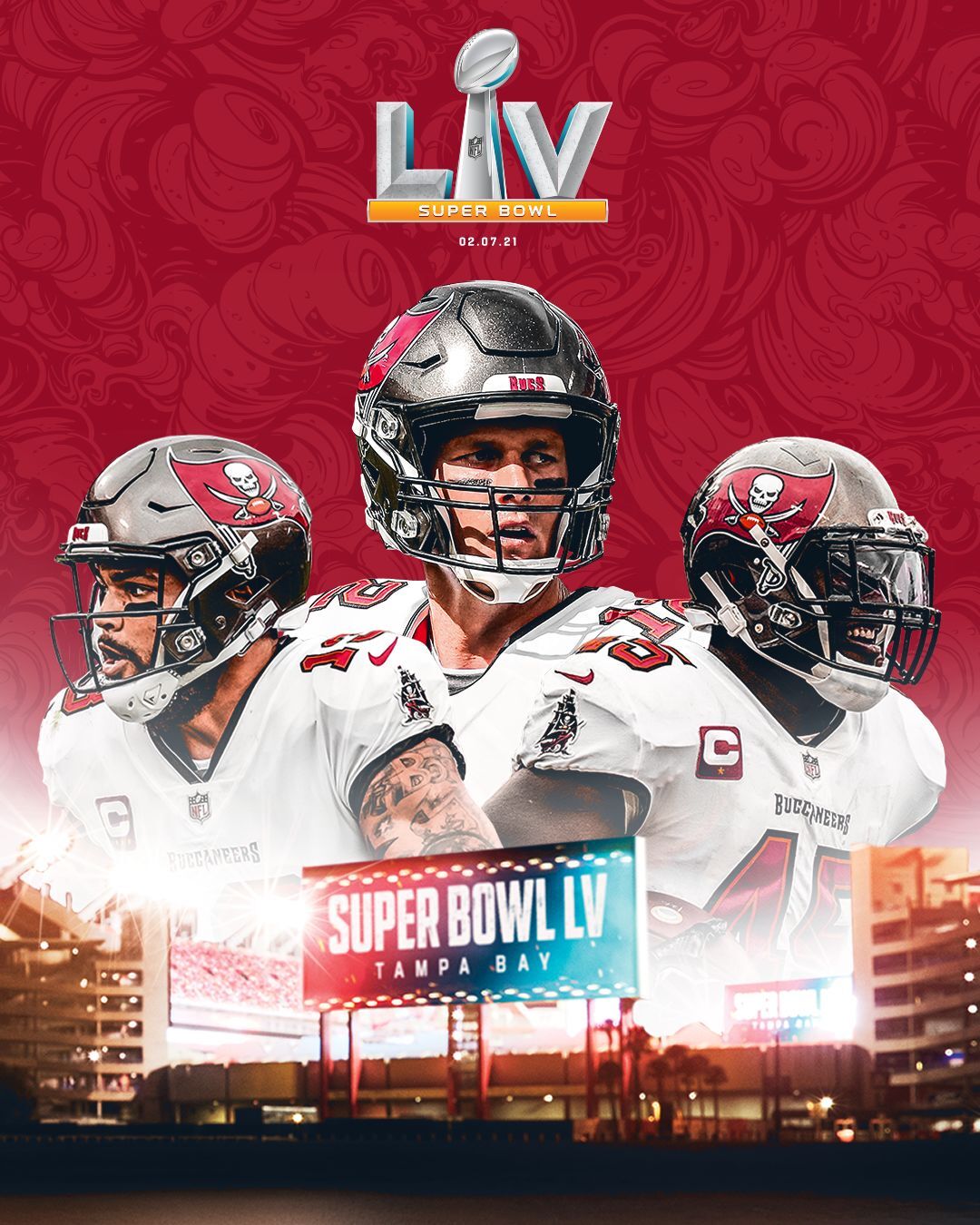 A sample of Manternach’s work for the Tampa Bay Buccaneers at the Super Bowl.

Jake Manternach at the Super Bowl in Florida, where his team, the Tampa Bay Buccaneers, recently had a great victory.

A sample of Manternach’s work for the Tampa Bay Buccaneers at the Super Bowl.

A native son of Cascade, Jake Manternach, plays an important role on the Super Bowl champion team, the Tampa Bay Buccaneers. His role isn’t on the field, though, but behind the drawing board as a graphic designer.

“Essentially, I make anything from social media graphics to print adds to logos, event signage, anything that’s promotional material, advertorial, or communicative that the team wants to put out.”

Manternach says his job is a perfect fusion of two great loves he developed in Cascade’s schools, art and sports.

“I went to Aquin Elementary and took art classes in high school. Art was always my favorite subject and any of my teachers could tell you the exact same thing. I was always drawing or doodling something. Once I got to high school, I took all the art classes they offered. I went out for football for four years, and that was the nucleus of my passions. To find a career in college that combined those was just perfect. I kind of fell into sports design. When I was going to go to college, I had different career paths in art that I wanted to take, but graphic design seemed to be the more practical option because it’s such a growing field and more easily accessible. I’ve always been a fan of sports, football being my favorite, and not until I got to the University of Northern Iowa did I realize there was a path of graphic design in the sports field.”

It was at UNI that Manternach took his first big steps down the road to his future career through the college internship programs.

“I got an email from the admissions office saying the athletics department was hiring for a marketing internship, so I applied to that, got it, and once they realized I was a graphic design student, it quickly turned into a graphic design internship. Once that internship was done, I moved over to the football side, only doing graphic design for football. I just fell in love with it and knew it’s what I wanted to do for a career. I worked there for a season and off season moved forward to working with the athletics alumni in the Panther Scholarship Club.”

After finishing his college work and internships, Manternach found his way into another internship, this time with the Buccaneers. His work impressed them so much that they invented an entirely new position to keep him around and away from competitors who might snatch him up after his internship expired.

Manternach said, “I thought about working for a bigger school or trying to make my way into the NFL. One night I was scrolling on Twitter and saw the Buccaneers were hiring for an internship. I applied, got an interview, and got hired. After six months of working my ass off, they didn’t want me to go anywhere, so they created a position for me and I’ve been there ever since.”

Even while living and working far away in Florida, Manternach said he still holds on to his early years in Cascade, owing it for the hard-working attitude that has brought him so far.

“I’m born and raised in Cascade, and I love coming back home to visit. I’m very proud of where I grew up. My Cascade roots are very much present in my daily career in everything from the appreciation of the community I came from to the Midwest hard-working attitude we have.”

Manternach would like to thank all those in Cascade who have reached out and congratulated him, appreciative to hear from so many.