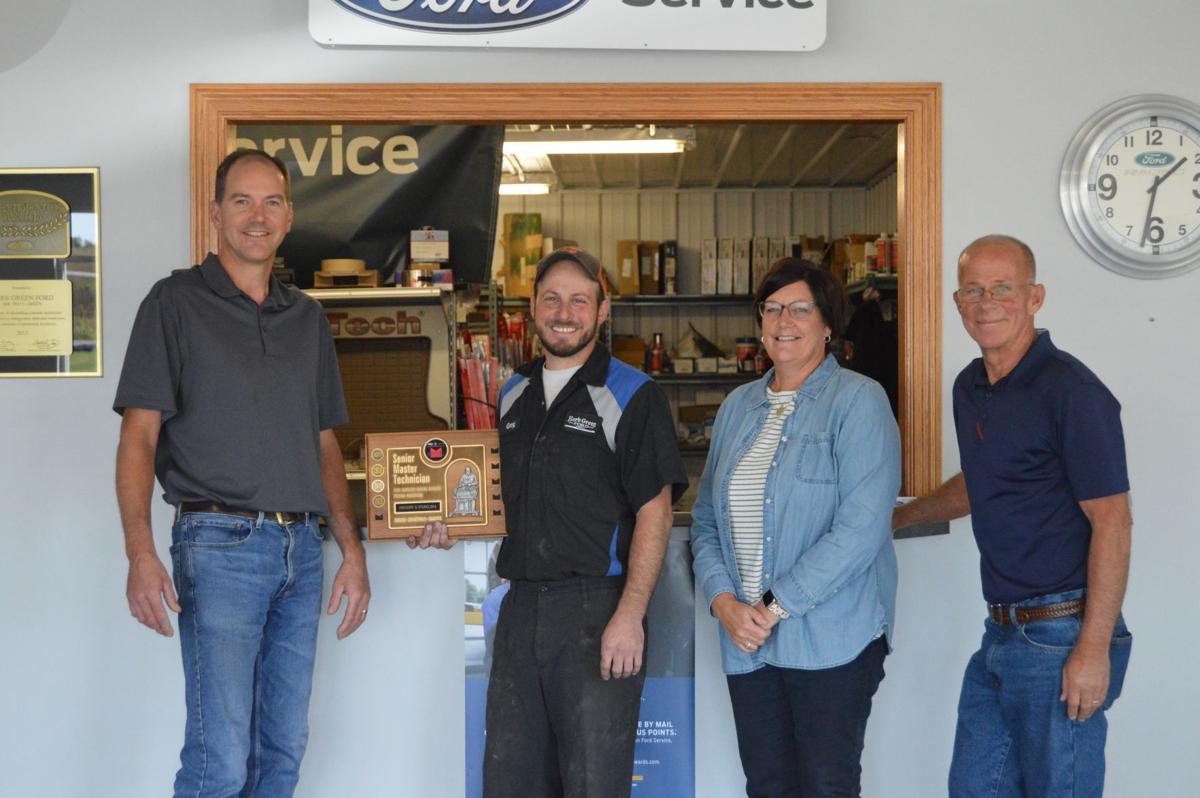 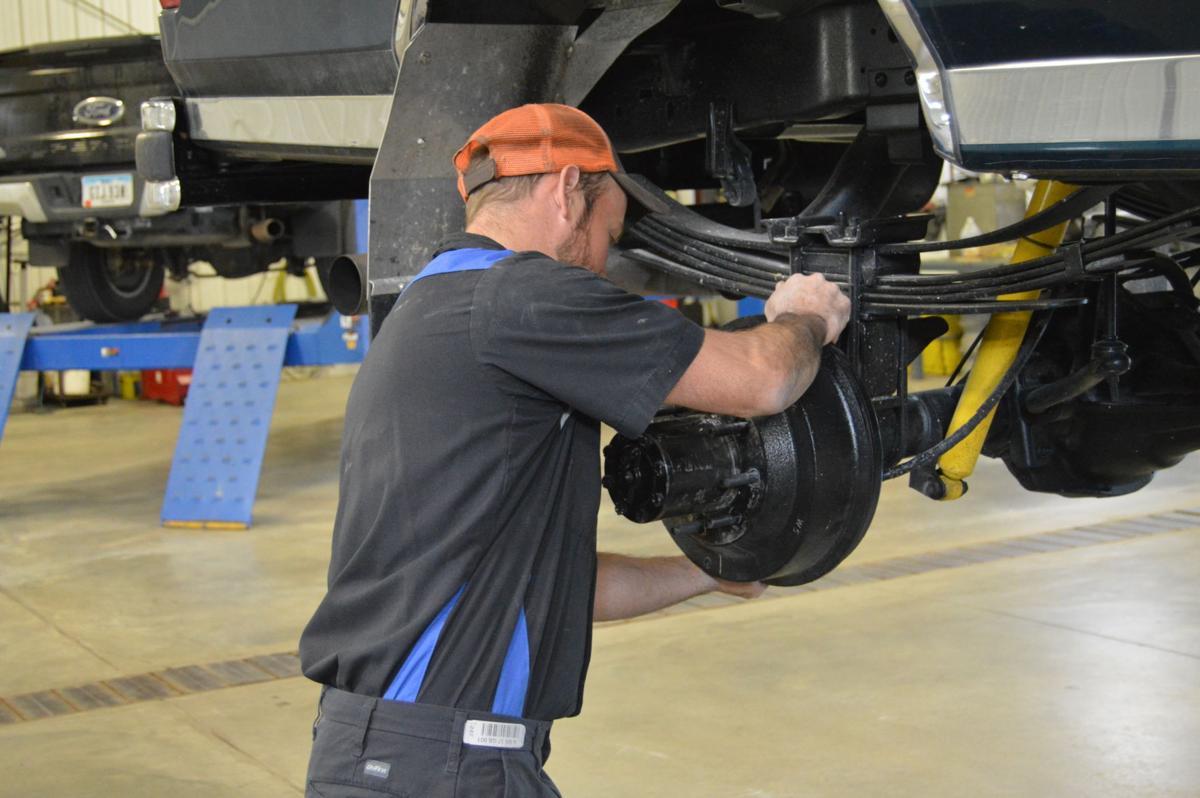 Greg Studelska, an auto-mechanic at Herb Green Ford in Cascade, has maintained his award and title of Senior Master Technician for four years. This award is the cumulation of several other “master” titles that Ford gives out for expertise in various sections of a vehicle.

“You can be an engine master, drivetrain master, chassis master,” explained Studelska, “And then, after 10years of working with Ford, if you have been a master at the other ones, then you become a senior master. There are several tests that you have to take. I’ve gone to Des Moines, Chicago, and other places for training. I have to keep up on stuff, it’s not just ‘one and done’.”

Currently, there are only 475 Senior Master Technicians in the Chicago Ford region, roughly around four states’ worth of territory.

Studelska said that his award and career is a natural progression from his interests in high school.

“My favorite classes were shop class, woodworking, that kind of stuff,” he said. “I wasn’t one for book-learning, but I loved hands-on stuff. You grow up and start playing with go-carts and four-wheelers and tinkering with them. It’s always been something that I enjoy doing, figuring out how things work and what goes on inside.”

After graduating high school, Studelska went on to study at Universal Technical Institute in the Ford FACT (Ford Accelerated Credentials Training) program. He graduated in 2006 and started working for Ford the following October. He has remained there for the past 15 years.

This year makes a four-year streak for Studelska’s title of Senior Master Technician, adding an additional award onto the plaque he was given when he first achieved it. His 2020 award was recognized on Jan. 4.

In order to maintain his award streak, Studelska has to attend a couple of classes every year, where he is taught to keep up with the latest advancements in the industry, such as electrical and high voltage for hybrids.

“They’re always constantly changing. From when I started until now, all the computers and electronics that are on them nowadays is crazy. It’s tough once in a while, but it’s all part of the game. Some of it is required in warranty work as well.”

Studelska is grateful for the award as a recognition of his dedication to study and service at Ford.

“It’s nice to be recognized,” he said. “You put the time and the effort in, and the training is something above and beyond a day’s work. You don’t have time to do it at work, so you do it on your own time once in a while. I’m curious to see what the future holds as far as where the vehicles go. Even if they end up with auto-driving cars, they’re still going to need someone to work on them.”

The Dubuque County Board of Health on Tuesday night removed language from a proposed countywide mask mandate that required businesses to turn away customers not complying with the rule.

The Dubuque County recorder Oct. 22 urged residents to stay away from county buildings due to a COVID-19 “outbreak” among staff as he issued scathing rebukes of other department heads.

Jean M. Oberfoell, 83, of Epworth, passed away peacefully on M…